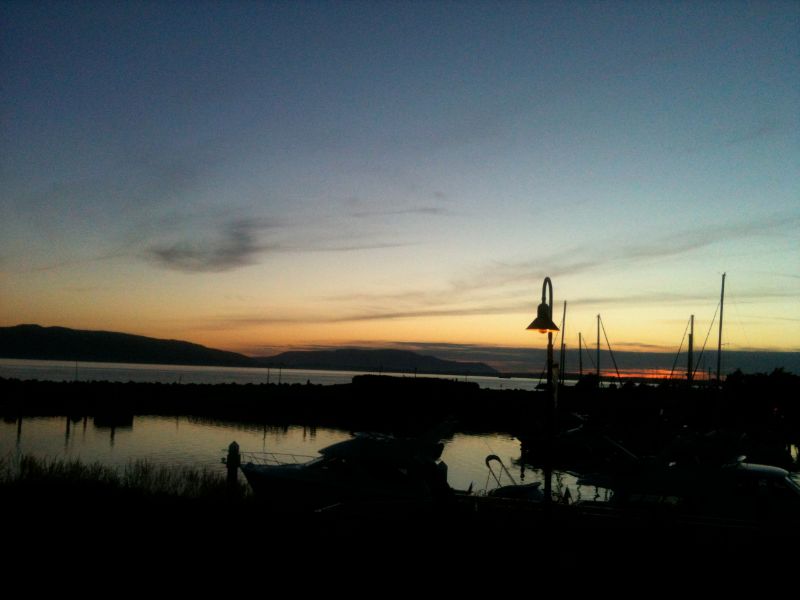 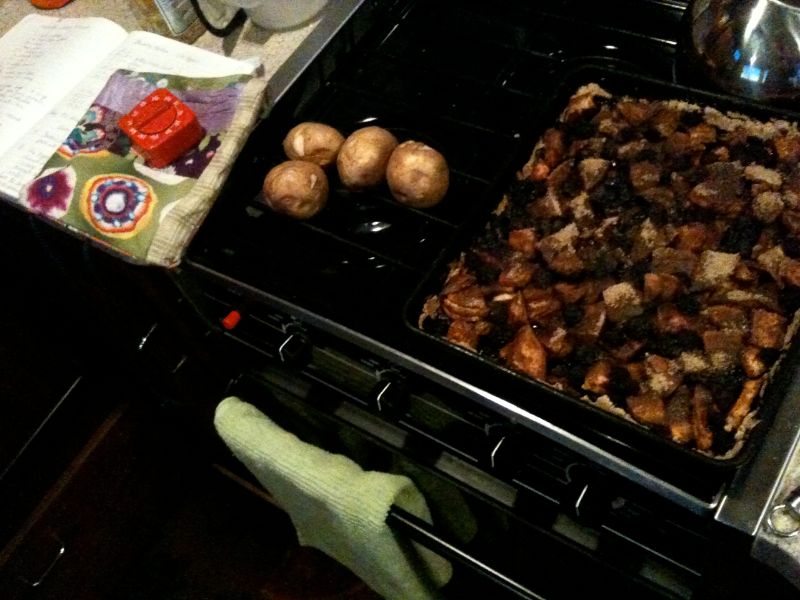 Arrived Bellingham 1750 hrs after a thankfully calm trip north, peeled up our 5 La Conner tree-fall huge plump apples and mixed them with some blackberries from our freezer and popped the apple blackberry pie into the oven before getting the security access gate code from some dock neighbors and heading up for a walkabout. (You need a security gatecode to get into most marinas.) Had a quick march around Hotel Bellweather, a nice white wine spritzer and a martini in the bar. After one hour at 400 degrees, my little red windup kitchen timer ranGGGGG and I dashed back to the boat to take out the apple pie and 4 small baked potatoes out of the oven before they burnt! At least I could see that thick black smoke was NOT billowing out of the windows as I quick-walked back to the boat. Happily the timing looked perfect! 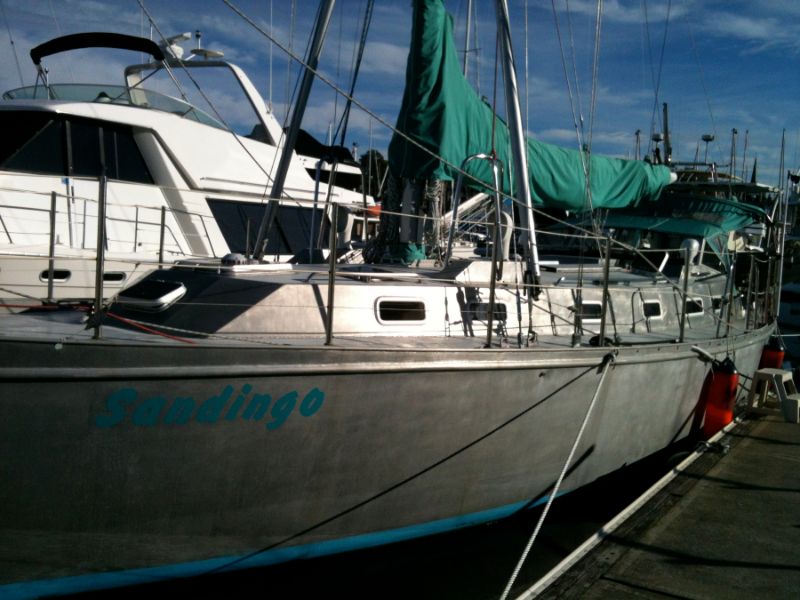 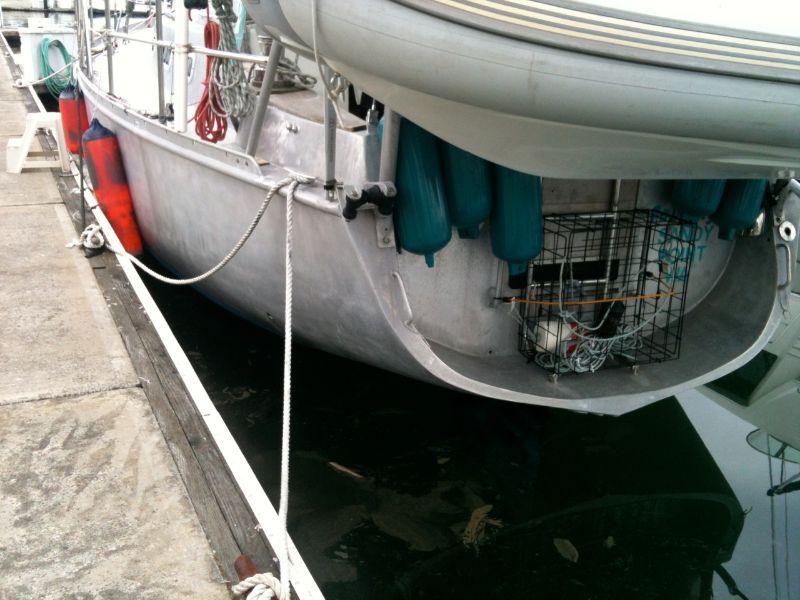 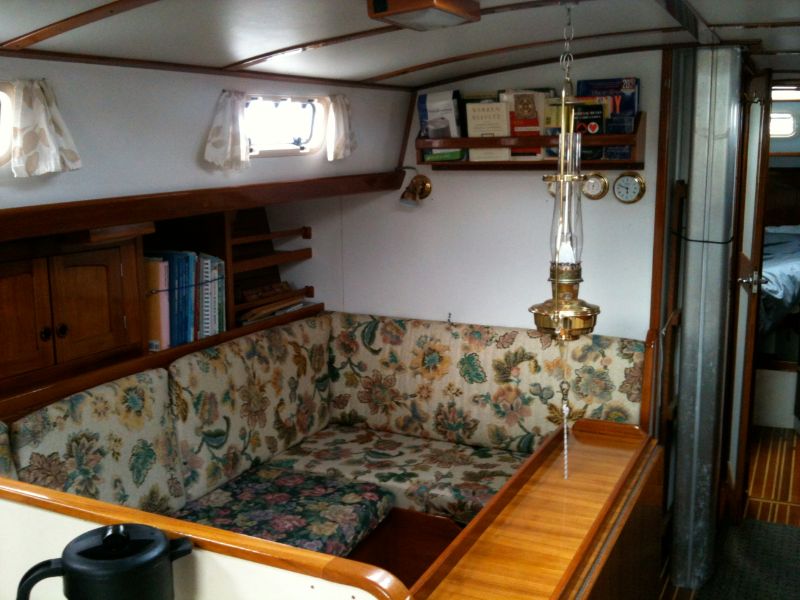 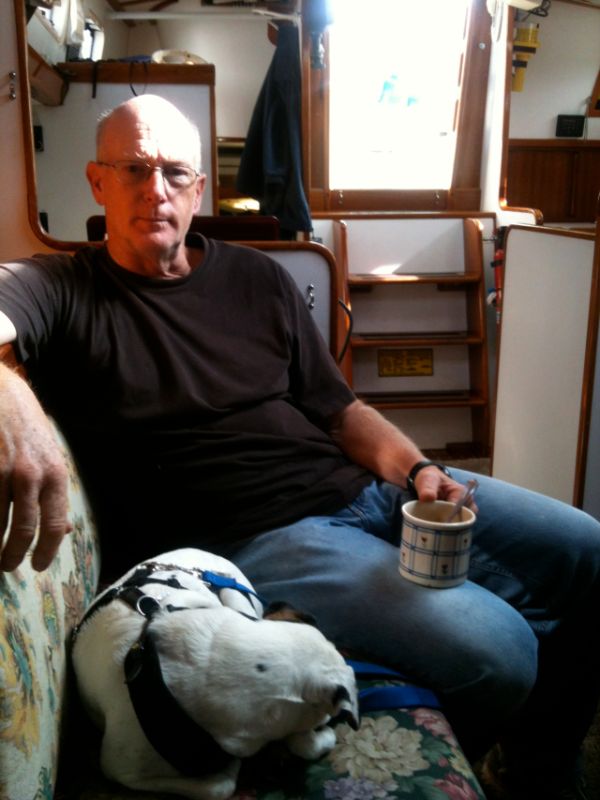 Next morning, the Furuno guy came and had his way with Otto, basically had to recalibrate it as after 5 years, it had lost its tiny mind and needed a good reboot and tune up. We had a great visit on Sandingo with Todd and his little pal Romeo who was just a small pup when we met him sailing in Mexico in 1998. Gee, the boat will be 20 years old next Spring and she looks fabulous!! A Ted Brewer design and built in Gibsons by Dearden Marine and Dennis, she’s a real performer, sailing above and beyond expectation and easy to singlehand. Todd has made a few modifications here and there but basically, she’s pretty much the same as when we sailed en famille to Mexico for our big family adventure in 1998-2000. Although Todd hasn’t taken Sandingo off-shore yet, he’s enjoyed the heck out of her from here, his home port, to Desolation Sound, a sweet cruising ground and oh so close. He’s also been fortunate to have spent about a year out of the last five off-shore sailing on other people’s boats which is definitely the next best thing to taking your own boat off-shore! Sweet! 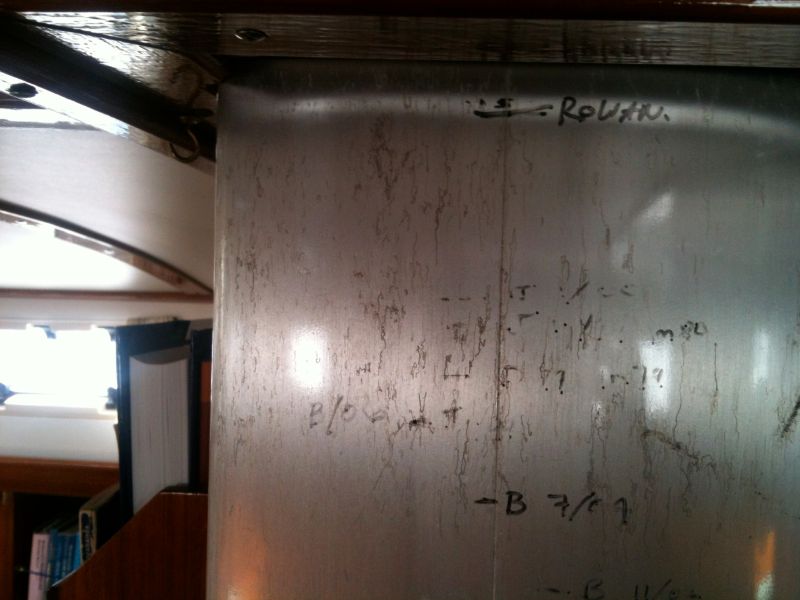 The growth marks on the aluminum mast from our kids and their friends is still to be seen, too funny! 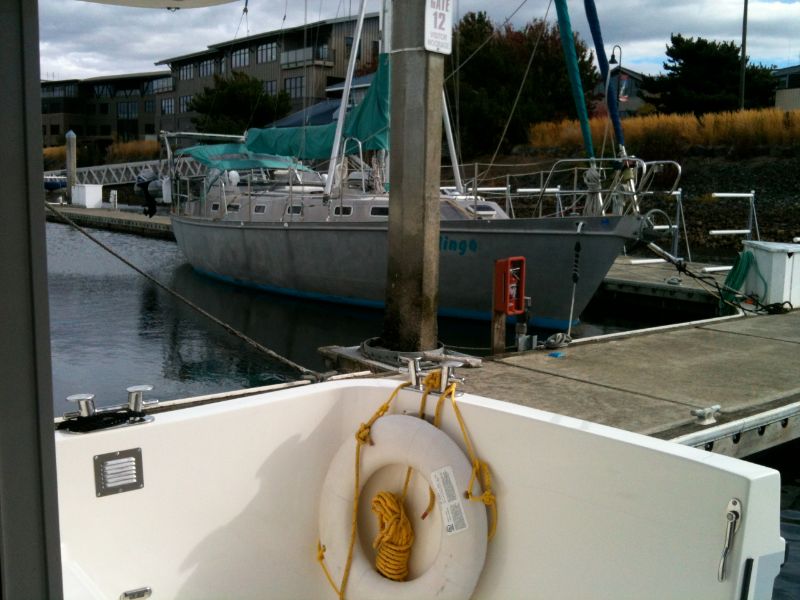 Sandingo seen from Crackerjack’s stern. A lovely pairs of boats.

Depart Bellingham
Left Bellingham at 2 pm. The weather was predicted to be very windy and declining conditions but thankfully, it was not too bad a trip north. We had planned to enter Canadian Customs at Bedwell on Pender Island BUT then read the fine print in the Waggoneer guidebook that from Oct 1 (today) boats can only clear customs here if all aboard have Nexus passes and unfortunately one of ours has expired. Poop. OK, recalibrate plans. Now we must enter at Sydney, down near Victoria. Arrived Sydney at 7pm and phoned in our customs clearance from the free dockside phone, a crusty black antique one. 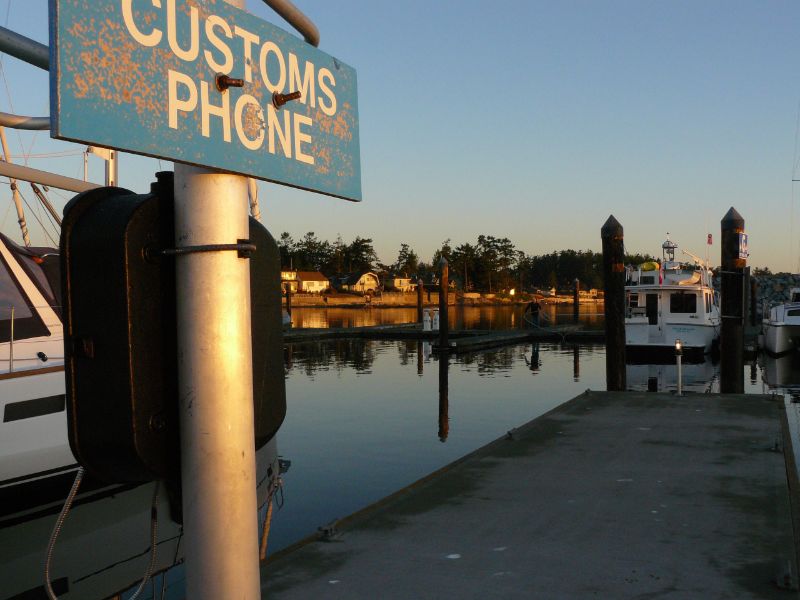 Port Sydney Marina is a very large marina with great docks but we phoned at 5:20 pm and all we got was the nearly meaningless recording with absolutely zero information except “Port Sydney Marina, leave us a message”. As Den says, “Welcome to Canada where the marinas are twice the price with half the service.” In other big marinas we’ve been to, the after hours recording offers information to call Security for after hours arrivals. Normally one calls ahead to find out what slip your boat length and depth will fit in, which side to tie up with, the security code for the gate, bathrooms, showers, laundry and wifi info if they have it. Happily, we just plan to snuggle down here at the dock and listen to the increasing wind, no plans to get off the boat, no need to plug in electricity.

The sailboat next to us, our only neighbor, may have some clacking halyard issue and if the wind blows hard, I’ll be climbing on (no one onboard) and tying off the noisy cable with a little rope. Normally one does not go onto another’s unattended boat but it’s quite acceptable to go onboard and secure something that may be causing damage. Go on, secure things, get off.
Published on: Oct 21, 2012