Lucky for me to have my super scout mother living in  Vancouver. Not only do I get a place to stay overnight but also she sends me invites to art events that sometimes I have missed. Last night was one of these times. Thank GOODness I was heading for the 4:30 ferry yesterday afternoon and did plan to just take public transportation and not my car! Due to some earlier mechanical trouble, the 4:30 ferry actually left a bit earlier than 4:30 as it was still trying to catch up with more than an hour’s delay! If I’d been aiming for the 6:30 I probably would have just given up.

Oh, the smug joys of deciding to just bus in as we screamed past the standstill of traffic loading onto the Lion’s Gate Bridge. I must remember to just bus it any time I don’t actually need the car! SOO much better, especially in the summer when our ferries get busy.

We walked down from Broadway and Granville to Gallery Jones around 2nd and Burrard for a one night event The Drawing Party that was acting as a fund raiser for the big drawing event later on this summer. Drawn last summer was a terrific show and one that was pulled together very quickly across a good handful of galleries. Ten points to all of them for last year and I look forward to this year!

Having put the effort in at the front end with my figurative art site, I am now reaping the benefits as it is a great calling card. I think of all the artists on it as artists in my stable and I got to shake hands with 2 of them at last night’s event. 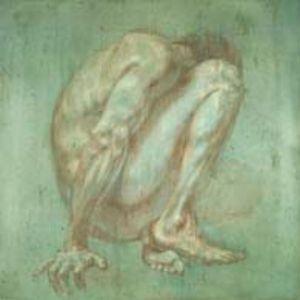 I took a class with Justin Ogilvie a couple of years back and he was there, beaming and handsome as usual. He’s off in September to University of Alberta to do his Masters for the next 2 years. Good luck and have fun! 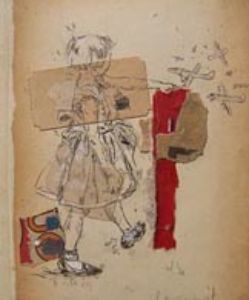 I introduced myself to Christain Nicolay, an artist whose work I have been following since I saw his cracker of a show at the sadly now defunct Waterfall Building gallery. He was working on a big drawing,  mixed media piece about 3 x 6 feet and had had a gang of children adding to it earlier. He will take this piece away and work on it and eventually it will become something finished like the one from last year that was being auctioned off last night. Last year’s audience participation was a bit too hectic and random so he was trying to focus at least the location and context of his young contributor’s efforts. He said he enjoyed this slightly random process as it certainly gave birth to some novel textures and subtle underwritings once he embellished and textured over them, incorporating them into the final piece from last year. Christian offered us 2 tickets for something on at the Jazz Festival starting “right now” that he couldn’t attend but we’d both been going strong since about 6 am and had to decline. He’d had the tickets for months but was suddenly committed to this live evening event and he just couldn’t find any takers to even give them away to! Sad but kind of hilarious. No one there wanted to hop over and see the show? How odd.

Another artist I’ve been emailing was the very tall and dapper Jay Senetchko who was working live at an equally tall easel. His large piece seemed to be a ground of gessoed paper or wood panel and he was bringing out the faces and textures on some of the crowd he had gathering there. He was working with graphite, some transfers, inks and who knows what else. Snappy dresser! 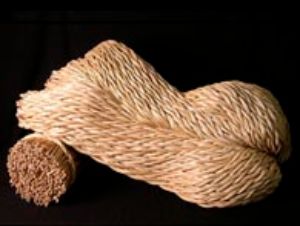 Walking back up Granville Street at ten o’clock, we window shopped gallery row. At the Douglas Reynolds Gallery a stunning native wood carving by Corey Moraes of a giant red octopus ensnarled around an orca graced the window. This gallery shows very classy cutting edge Native art, mainly carvings. Further up at the newly relocated Linda Lando Gallery I saw some nice chunky marble heads by Morley Myers, one of my figurative art stable and made a happy find of Lori-Ann Latremouille, an artist I have been trying to find since I created this network site. I’ve seen her work maybe ever since we moved to Vancouver in 1989 but I had lost track of her completely recently, not even quite rmembering her name. I will definitely ask her to join our site. One of Alistair Heseltine’s amazing tall basketry torsos posed in the window. I had not seen these in person yet, very original work.

Today I spent two nice long sessions in the art magazine section of Chapters, skimming through mags from ceramics, textiles, design, sculpture to painting and general art and I quietly wrote down 124 artist’s names to check out. The first thing I do is see what I can find for their sites, then enter them in my database and eventually try to contact them. This might take awhile but they were a very good crop this month. Ambled in and out of most of the Lower Granville galleries and all in all, a grand little overnight in Vancouver.

It’s amazing how this artist network site has become quite a focus in my life. I am making some great connections online and reaching out with my own little tentacles. It’s a fabulous calling card, sort of a currency, gives me some backbone to introduce myself to total strangers with, artists whose work I admire. Thanks for visiting or joining our network and pass it on to others. Let’s grow something wonderful together!
Published on: Jun 26, 2010