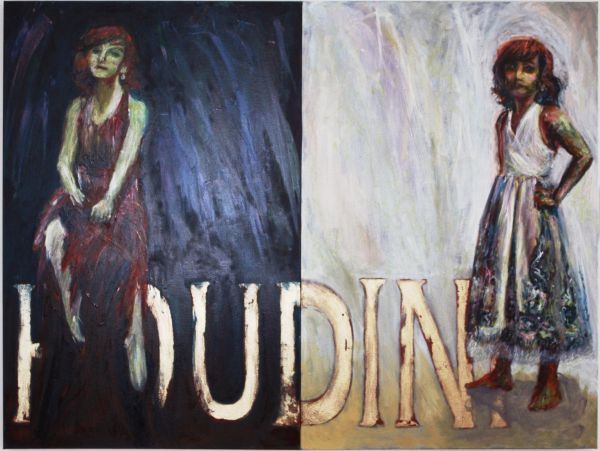 Finally got my site updated with my new 2010 work which is in oil paint and gold leaf on canvas. The gold leaf is much easier to work on a nice dry acrylics ground so I learned that I had to put the leaf down at an earlier stage with oils… had to spend an hour and a half picking and scraping it off where it stuck to the tacky oil paint between the letters, a bit of a chore… I really like the oils and feel these new works are far more mature than my earlier work in acrylics. 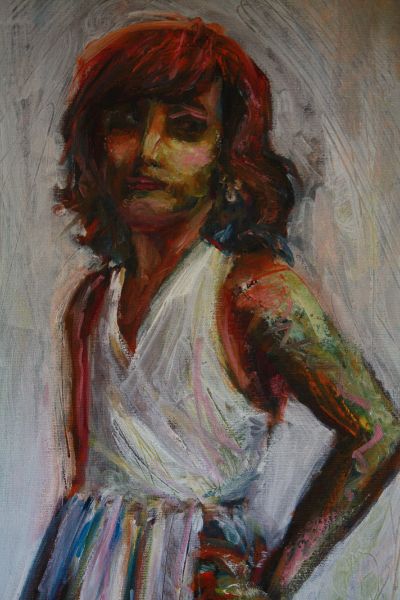 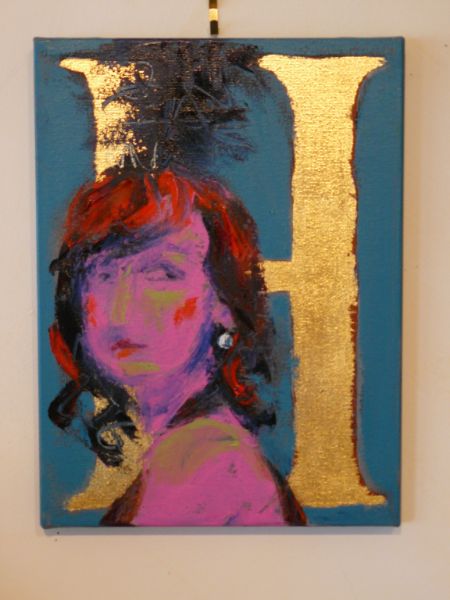 The second oil painting was actually 7 panels, each 9 x 12 inches. This was perfect for playing around and experimenting with different styles, brushes and palette knives, taking a completely different approach in each one with the unifying gold leaf letter in each.

This was one of my favorites, with sort of an Alice Neel feeling. 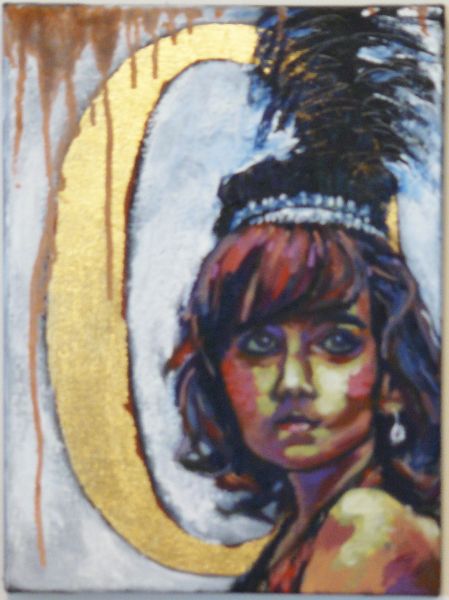 I’ll be back in the painting studio by end of May after a quick trip to France to eat lots of croissants and play around n boats with old friends from South Africa. I’ve been working like a mad thing on the figurative artist site which is now launched, phew!! It’s been a mammoth task but looks so good and new artists coming online soon, too. Now that it is up and running, I hope to be able to put more time into my own blog and artwork which has been shoved to the back burner. Hey, you can’t do everything and my typing arms are about to fall off…
Published on: Apr 17, 2010