After a week of cycling around Languedoc-Roussillon, it was on to the Cote d’Azur and Nice. We drove to Béziers and had a nice couple of hours to wander around before taking the train. Béziers seemed to have a large Moroccan population as we walked through a very Moroccan neighborhood, lots of interesting food and hookah cafes. 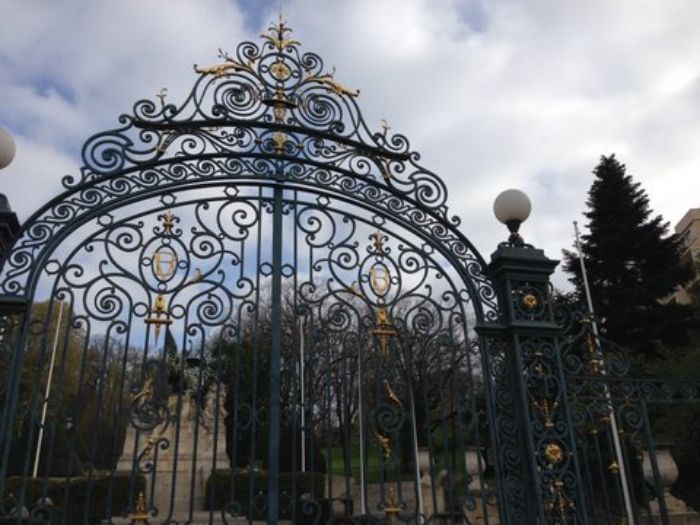 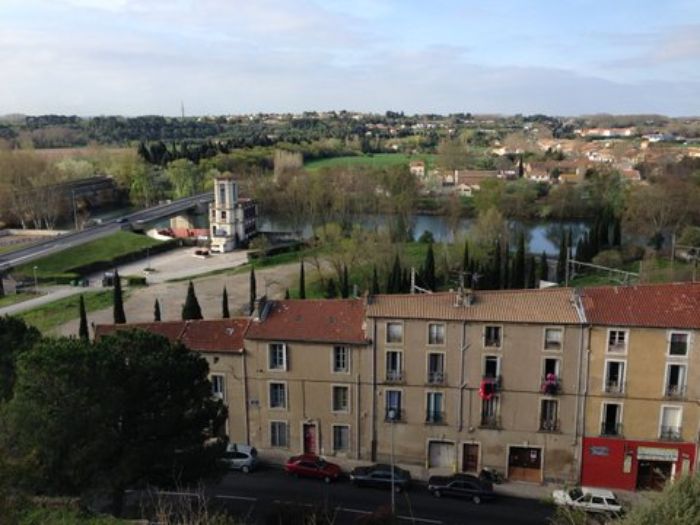 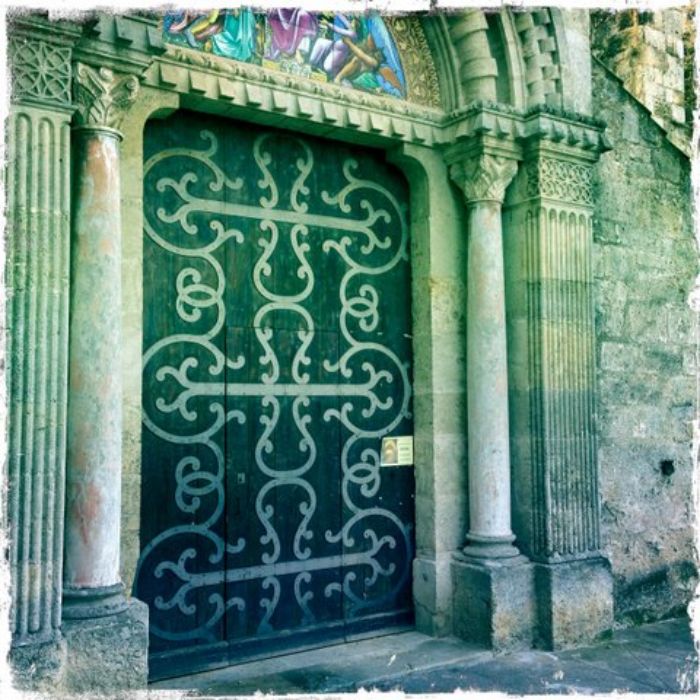 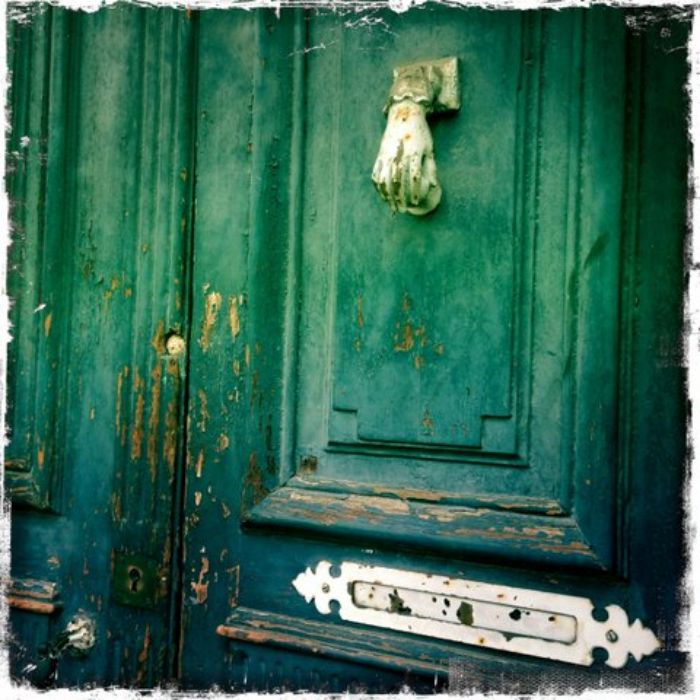 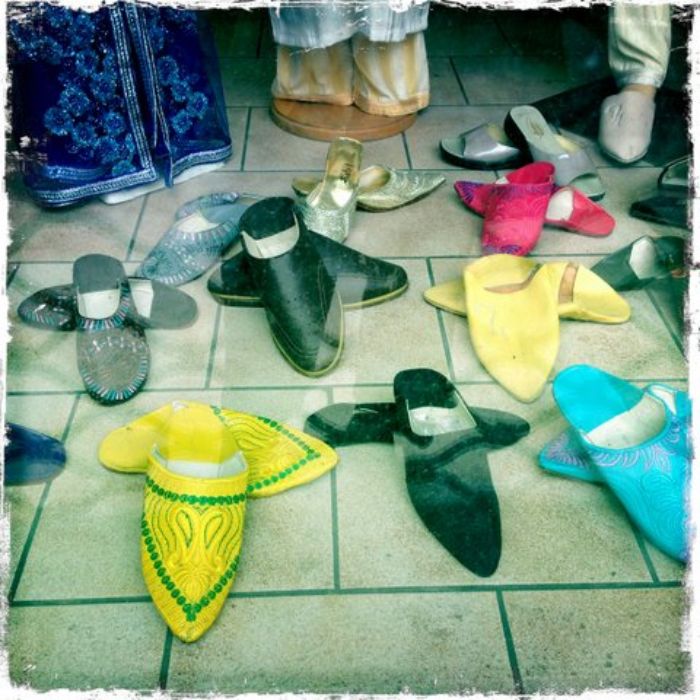 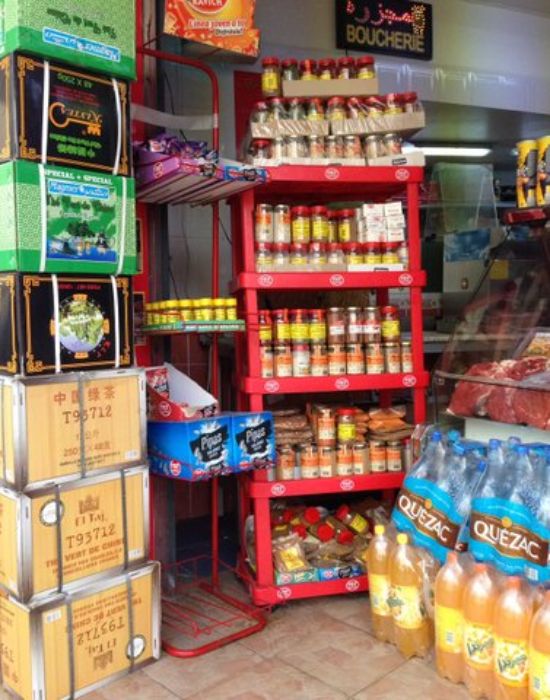 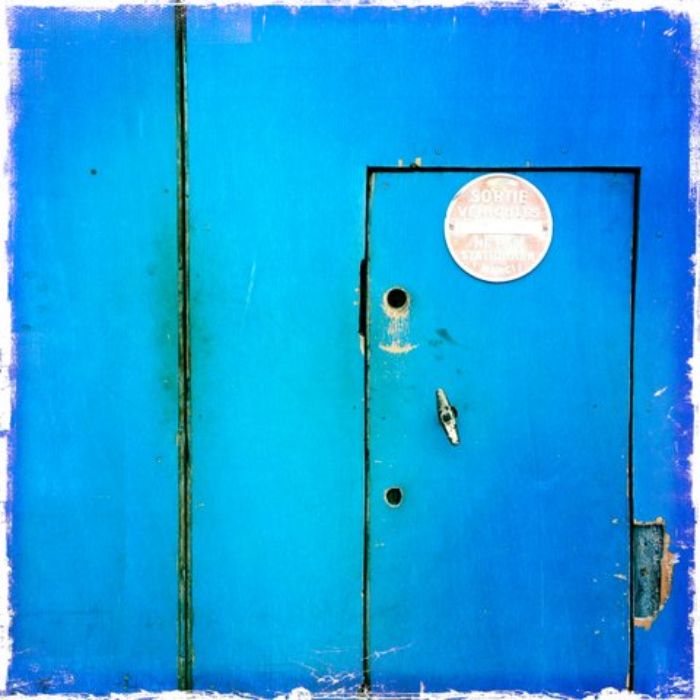 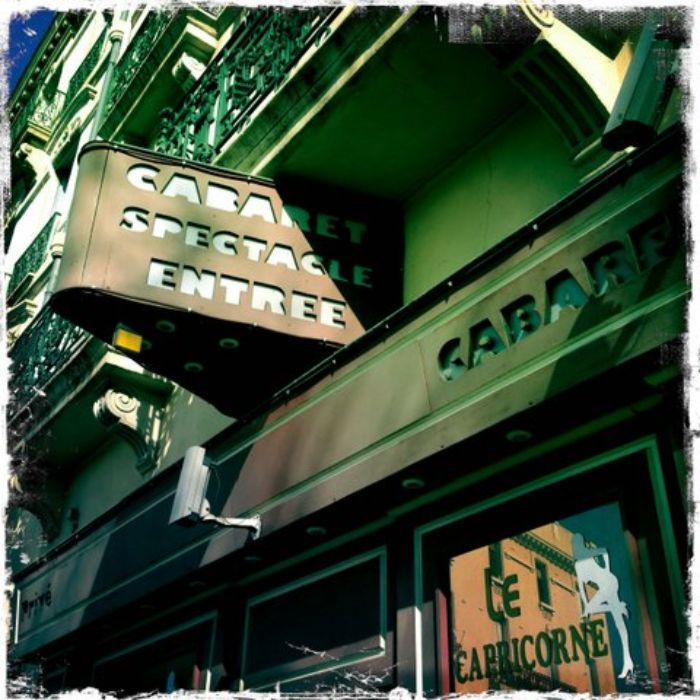 Of course, the day we planned to travel on to the Nice area was a day of train strikes BUT luckily our three connecting trains were not affected and we arrived in time to be picked up in Antibes by our old friend and taken off to La Colle Sur Loup up behind Nice for 3 nights of chatting, catching up and working our way through his very well-stocked wine collection. He even cracked a fine chilled bottle of le vrai champagne as we were celebrating our 30th wedding anniversary the day we arrived! Nice to share it with old friends who had things to celebrate themselves. 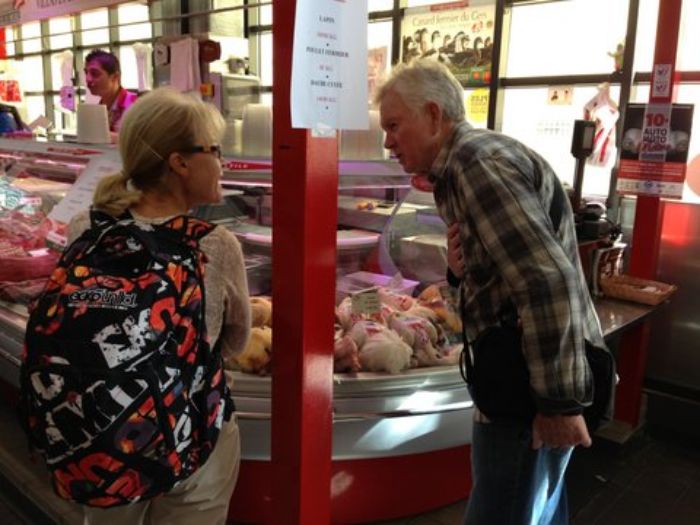 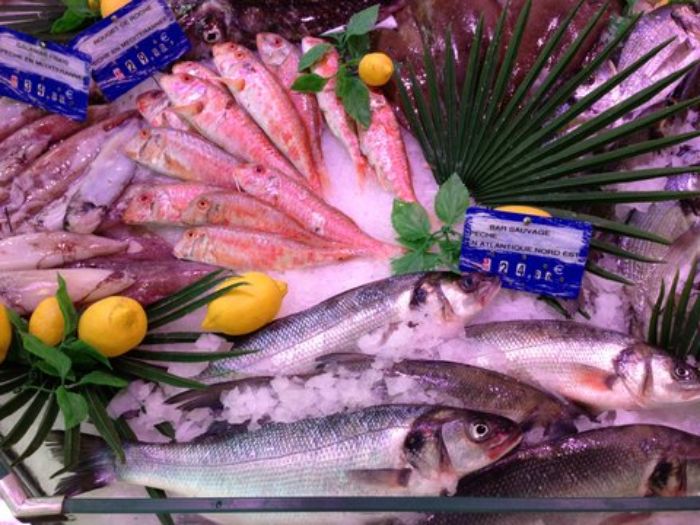 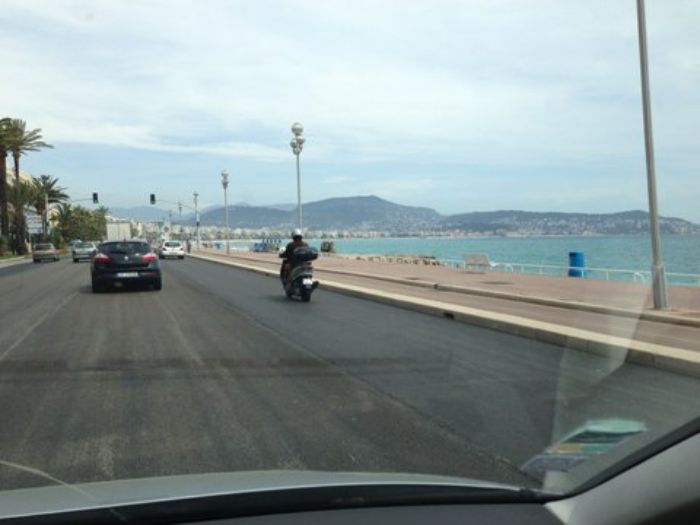 After weeks of chilliness in Spain and southwestern France, finally the weather was warmer! Still not at all HOT yet but warmer with some nice sunny spells. We had two days in the area, spent the first checking out Cagnes Sur Mer and then Nice itself. What do visitors who are not interested in architecture see when they travel? Only the restaurants and the stores? I have no idea as my eye is constantly being bombarded with fine things to capture in images. Dark palm trees against interesting backdrops, signs, store windows, the land, the water, the plant life, even the crumbling paint is food for the visual artist’s soul for us in British Columbia where old is 100 years at best. 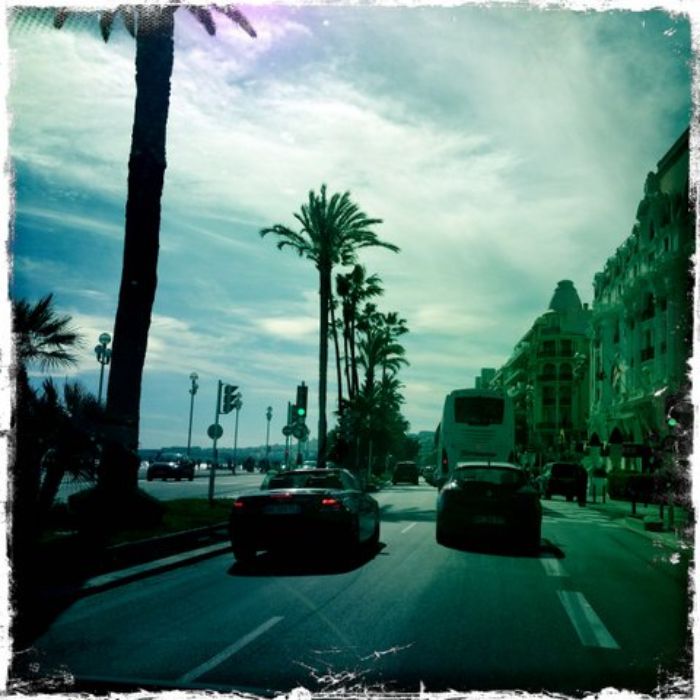 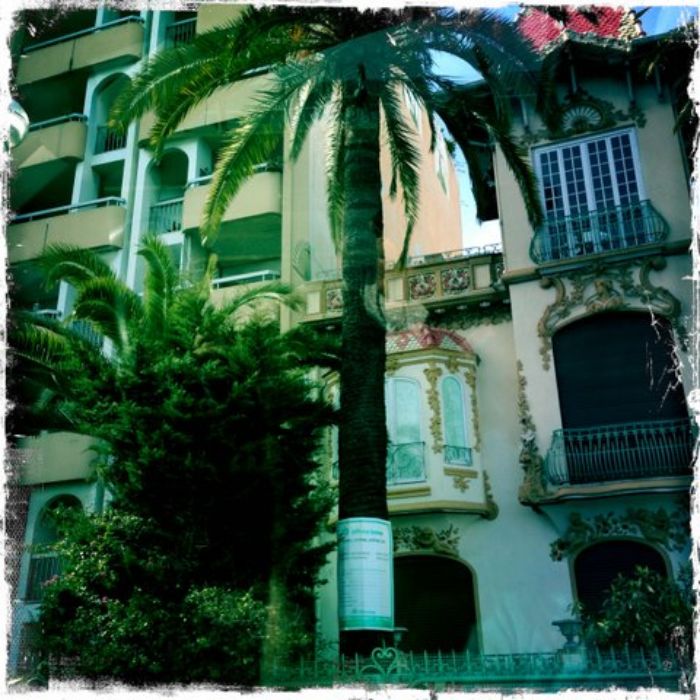 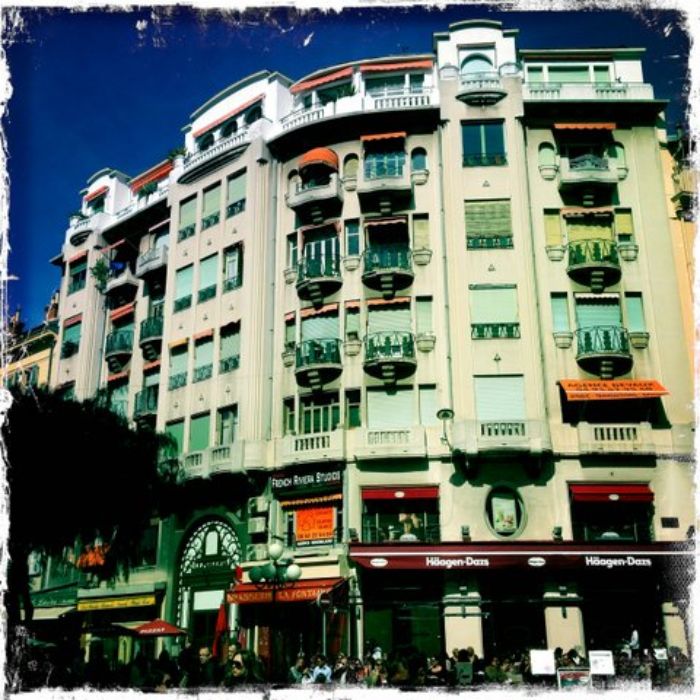 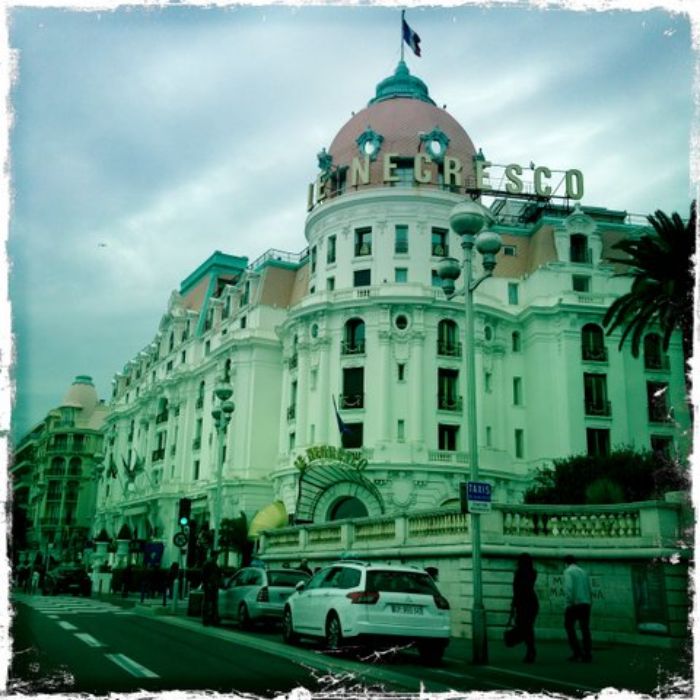 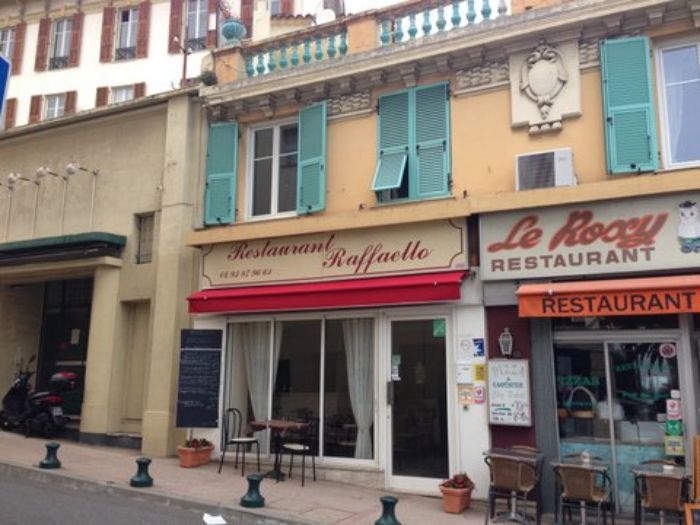 Our friend works in the world of mega yachts and shared stories and top secret yacht plans with us. He says his equipment is found on 80% of the top yachts in the world. When we first worked on yachts in the 1970’s, they were smaller and much more intimate than the admittedly beautifully designed and appointed floating palaces they have become today with crews of 30 or 40 and garages for the “toys” like 50 foot sailboats and a few helicopters! I guess if you are wealthy enough to own these, you long to have your own floating sanctuary away from prying eyes but I think most owners never actually experience the journey between ports. What a shame. 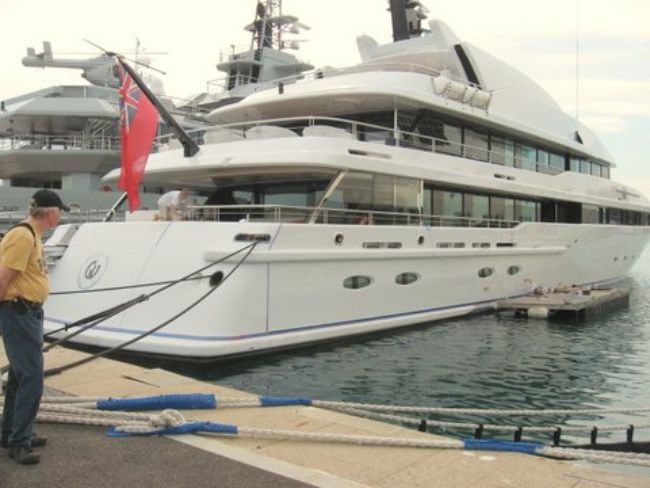 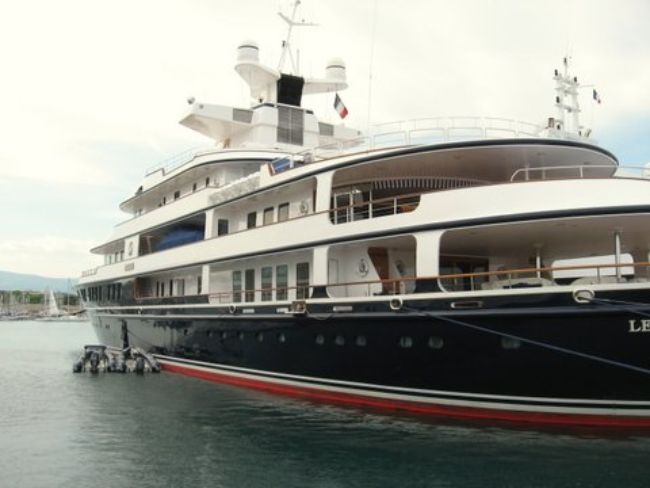 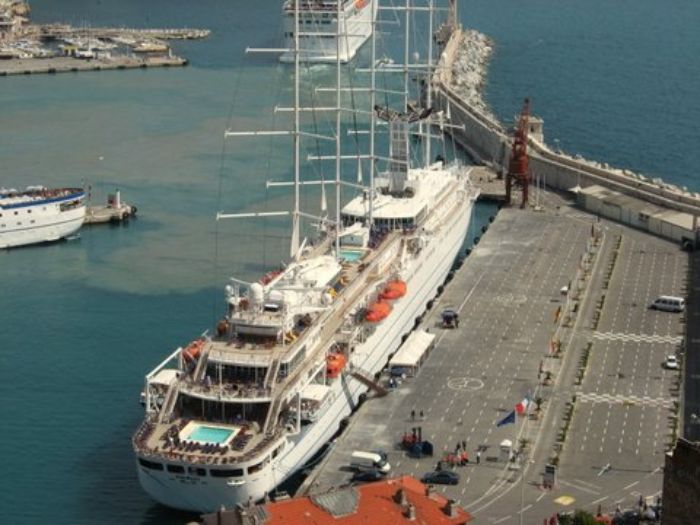 On our second and final free day, we turned on the Tomtom gps (a sanity saver!)  and navigated our way past Nice to St. Jean Cap Ferrat to visit the elderly family of my old yacht skipper Alain. I had visited this old family home a small handful of times many many years ago and I always wondered if it could really be as wonderful as I remembered it to be or was my eye just less mature? No, it really was the little jewel box, la boite des merveilles of my memory. We visited with an elderly uncle and Alain’s parents in their 90s who were so touched that we had set time aside to visit with them again after so many years of keeping in touch with their son, now living on the other side of the world. My French is quite good despite the fact that I almost only speak it when I in am France every 3 or 4 years! Having had this refresher visit, I am vowing to keep up my novel reading in French and watch more French movies as it would be too sad to just let it fade away. 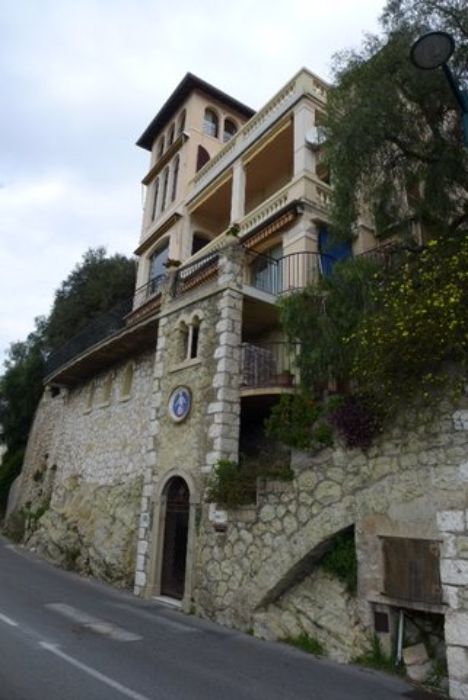 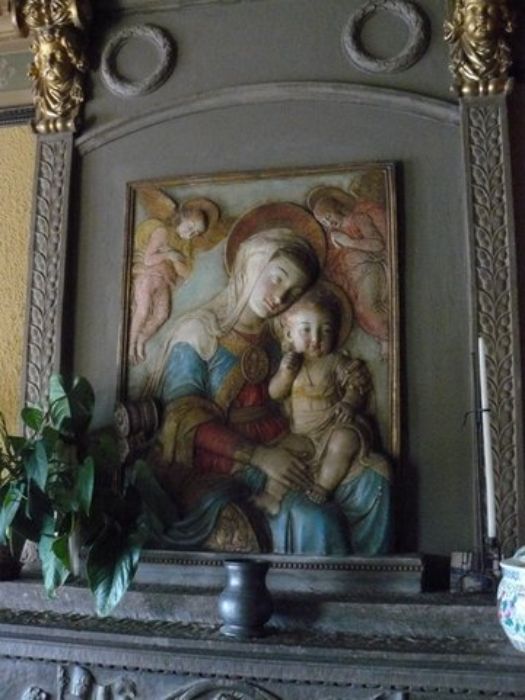 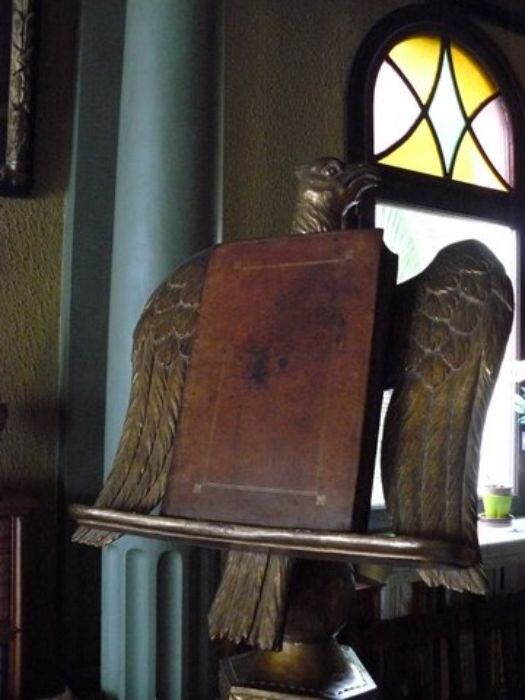 The family home is a three story small villa with a small tower like a tiny old Italian palace, filled with treasures of antiques, small lovely paintings and carvings and textiles with rich if worn trims. It is near the Villa Ephrussi de Rothschild. The view is right over the wide open bay which was hosting an anchored cruise ship, sometimes one of three or four at a time! It’s is a multi-generational commitment, maintaining such a family home. Created in 1933 by the grandfather, it passes through the hands of successive generations as time unfolds, more difficult these days when families are spread far across the globe, let alone in these changing economic times when most For Sale signs in France are written in French and Russian. 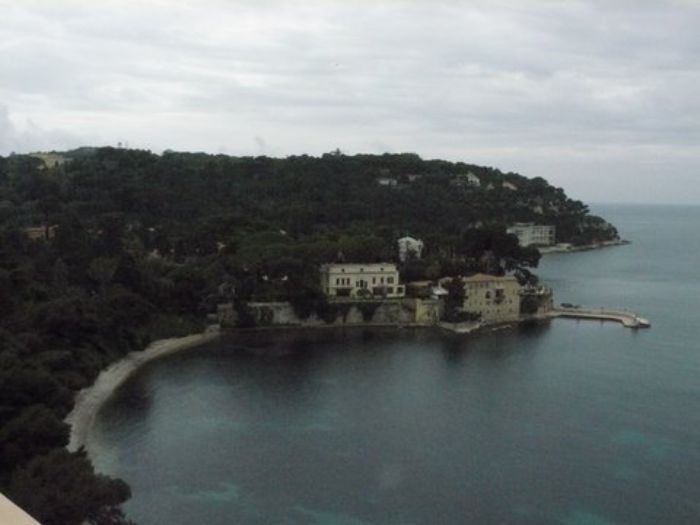 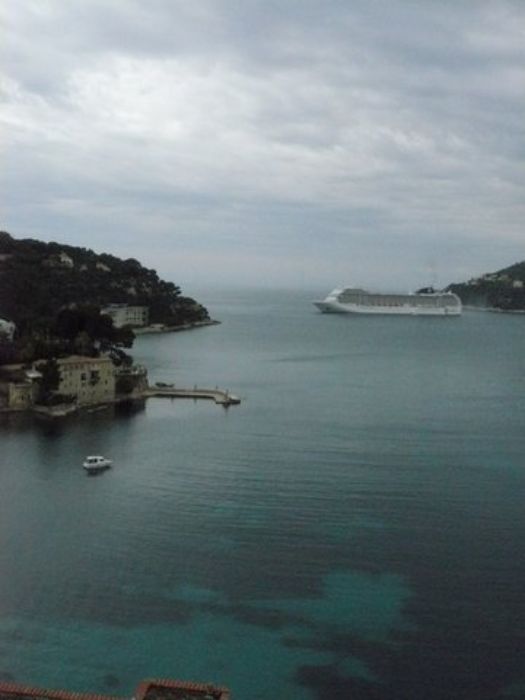 The old uncle told us how things have changed in this area. In the old days, the stars who kept homes here, like Elizabeth Taylor and Richard Burton would walk out to the harbor, eat in the local restaurants, say hello on the street in a friendly way as they went along on their business. David Niven, out rowing each morning would call out a greeting as he rowed past. Now, he says, the (Russian) oligarchs come and move into mega mansions and basically hide behind their armored walls and Kalashnikov-bearing bodyguards. Changing times in a changing world.

Again, it’s just too bad that Alain’s upcoming unexpected visit from afar will just miss mine by a very few weeks. Maybe next time we come to Europe we may possibly stand a chance of meeting up with other folks also making the European trek back to visit family, that would be grand! 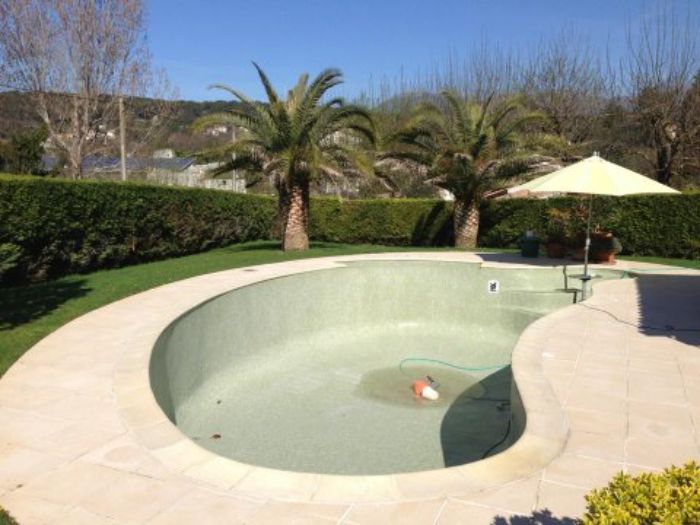 Okay, time to leave France, there’s no water in the damned swimming pool! So nice to visit and keep up the long distance connections of old friends as time moves on. It was fascinating to hear Alain’s 90-odd year old parents recounting the wonder and joy of using Skype to keep in touch with far flung family! They have embraced the technology! We must use it more too to keep up our own connections. (Cheaper than taking the actual trip and you don't lose your bags at the airport!) Time to head on to London for our final few days before heading home.