I pay for a phone for my brother and today I wanted to top up phone value as it’s gotten low again. Rogers Pay-As-You-Go Wireless plan seems to compromise those unable to put the sum of $100 down at one time and insists on a minimum of $20/month unless you are able to pay $100 in one sum before the end of the one year contract.

If you can pay $100 in one sum, that money will last up to one year. Otherwise, if you put down for example $40 for one month and do not use it all up in one month, that money goes to zero value at the end of one month.

I’ve always topped up his phone over the phone with a real live agent but when I registered my credit card with his account last week, it was difficult and payment could not actually be taken at the same time and I was prompted to buy a voucher. Not knowing this $100 issue, I bought a $40 voucher at London Drug but then was told by Rogers today that this value would expire in one month whether it was used or not. I offered to pay the $60 difference to bring the payment up to the $100 for the upcoming year. I was told no, I would have to buy a new $100 voucher in one sum as they could not add together $40 and $60 to make the $100. When I complained, I was put through to someone else (after my call was dropped and I called back) who was able to add this together easily but someone less forceful may not have been able to follow through with this.

The next thing I learned from Rogers is that I am unable to pay with my own credit card which I have been using for years as it is not the primary card on the account. That is pretty unbelievable, so my credit card is worthless to them? I certainly was able to pay with it last time but this is a shiny brand new policy. Again, a less organized person would have had a hard time getting past this but I had another card on which I am the primary card holder so we went through the whole register your card routine yet again. When I registered my card last week, this fact was not mentioned, did their policy just change in the last couple of days?

The next issue I had with them is that the new $100 value is now good from today and not the original date which is a few weeks in the future. Whenever I renew a contract, it turns over from the date already existing and I am not penalized for paying ahead but Rogers does things differently. When I complained about this, the Rogers assistant told me she was already doing me a huge one time favor of combining the money to apply in one payment and calmly explained to me that was all she could do. She never thought to offer this information before we started or to ask me when the original money expired.

It’s all pretty complicated if you don’t know it all beforehand and who the heck does, especially when their policies keep changing. Rogers Pay-As-You-Go Wireless plan is aimed at those less affluent, less educated and therefore easier to force into these uncompromising positions. When I combine today’s very tiny rant with last year’s rant at my office when their billing mistakes overcharged us several thousands of dollars, it’s pretty poor service. If I had not noticed this expensive but gradual overcharge mistake myself, they fully admit their system would never have caught it. I am pretty unsatisfied with Rogers service but they have us by the short and curlies. They do provide a good actual wireless service and I’m grateful for that but it’s expensive and very difficult to navigate unless you’re pretty sharp, clued in and determined. 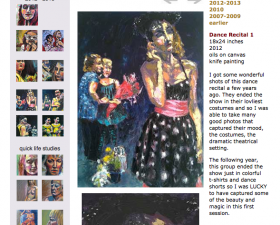 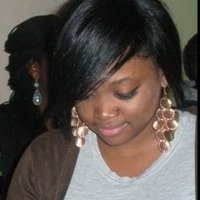