So what is the Licensing Show in Las Vegas all about? Our company Kidzsmart was there finding out who to contact if our kids activity book clients want a licensed property like Sponge Bob Square Pants, for example, on their restaurant kids menu. Making connections, figuring out who’s who makes trade shows such stimulating and exhausting events. Plus there’s always LOTS of walking, being “on” with your game face and then lugging around all the paper that you inevitable collect. 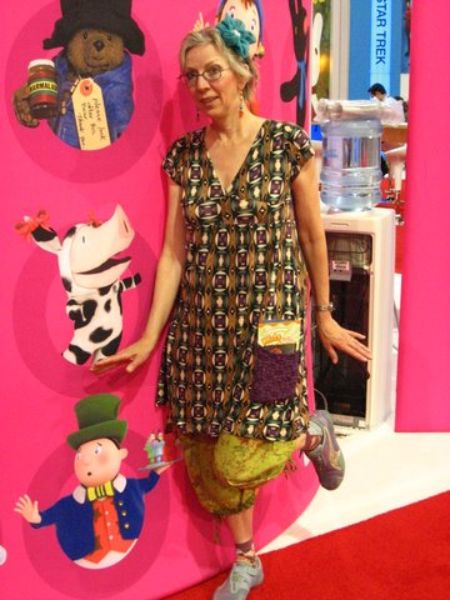 This is how I started out, full of energy and generally pretty darned perky! 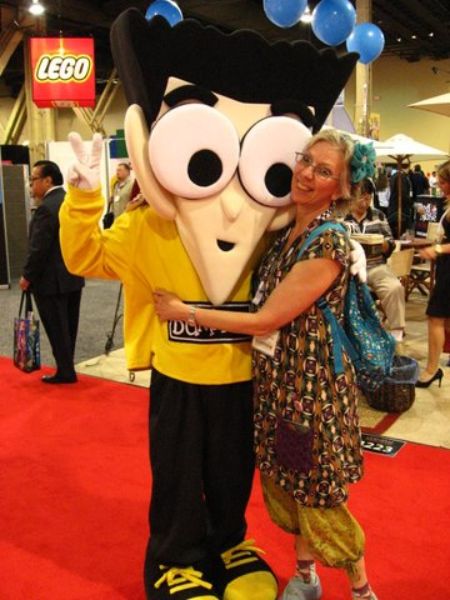 I got to meet in person some of my favorites! When I say in person, it’s more like in plush. I gave that big Dummies guy a big hug as I had just spent the previous 2 weeks reading every word in Blogging for Dummies and WordPress for Dummies. The Dummies books are a very good starting point for any subject I’ve ever looked at them for. 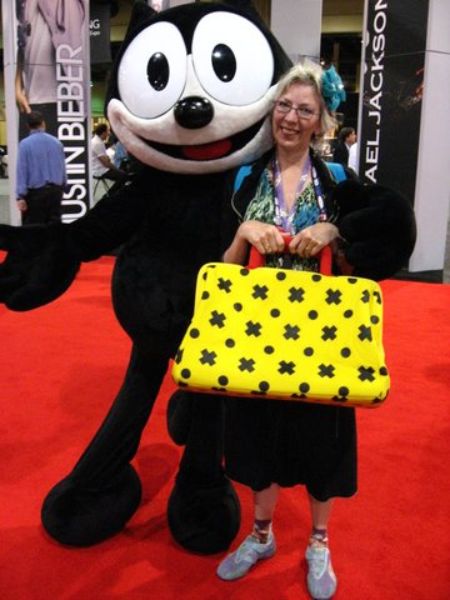 I met Felix the Cat and got to hold his big yellow suitcase! Of course I knew Felix as a kid when he was on black and white TV (yes, I’m not 23) and I’ve had a little model of his suitcase on the top of my stove controls for the last 15 years! My current cleaning lady always takes it down and leaves it tidied away but I always put it back up there. Hey, I’ve got a son halfway around the world in South Africa. My vanity bag is always at the ready and being a very good packer, I could be ready to go for 6 weeks in an hour- anywhere, anytime AND with just carry on. Packing light is an art and maybe I’ll get around to that sometime. We’re champs at it… except when we go to trade shows and we know we’ll have heavy stuff to roll along. It’s hilarious but we brought more clothes and shoes to Las Vegas for 4 nights than we brought to Europe and South Africa on the same trip of 6 weeks! HA! 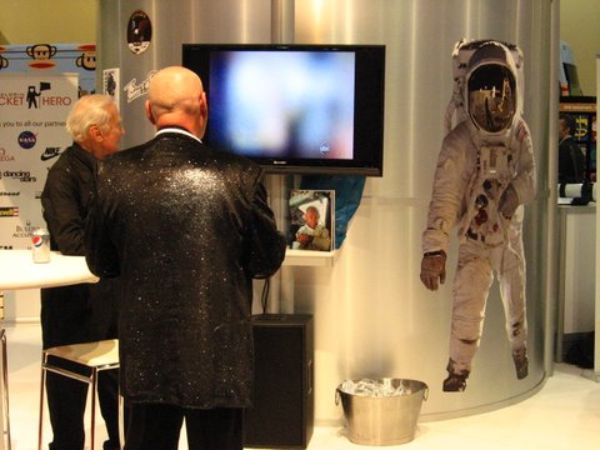 Buzz Aldrin, the astronaut was there licensing himself. At eighty, he said his adventures last year on Dancing With The Stars were nearly as terrifying as going into space. 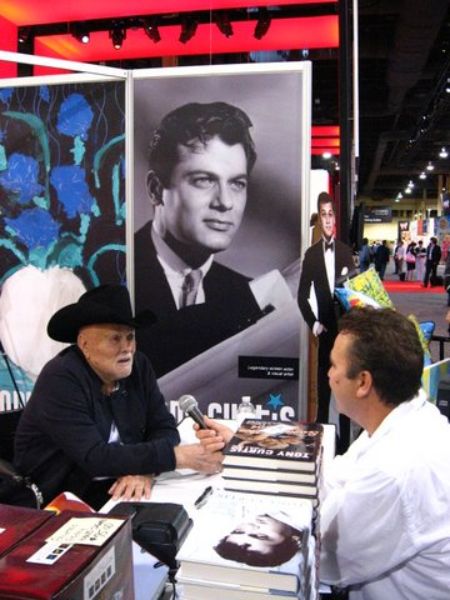 Tony Curtis was there at eighty-five licensing his own images and also his paintings and charitable causes. Some Like It Hot has always been one of my favorite films, just love that killer last line when Jack Lemmon takes off his wig and his suiter exclaims “Well, no one’s perfect!”. They don’t write snappy tight dialogue like they used to. The dialogue in the classic Double Jeopardy just fairly sizzles and snaps between bad girl Barbara Stanwyk and good guy Fred MacMurray. 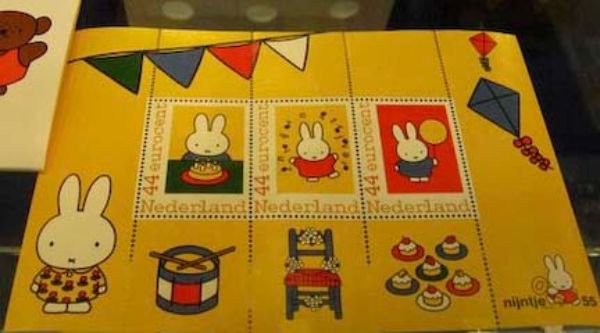 They were all there, Snoopy, Barbie, GI Joe, the Ugli Dolls, even Miffy who shows up here on a gorgeous page on postage stamps from the Netherlands. Some of the biggest names had the most discreet booths with absolutely nothing to see from the outside, like Fort Knox but for the most part, amazing eye candy was on display. Some of the booths were just fabulous and I complimented many on their outstanding booth display. That’s a whole art form itself! 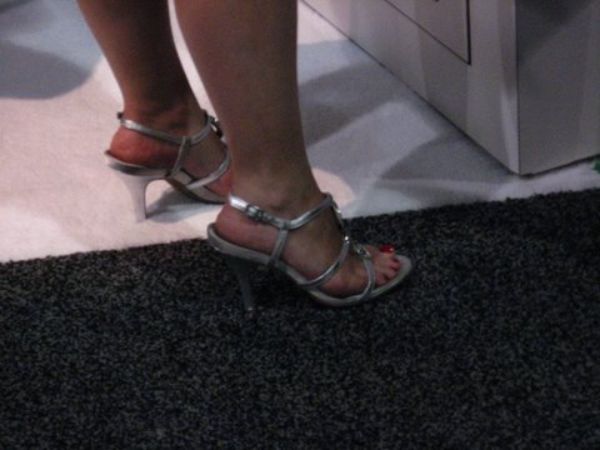 Speaking on an art form, I just don’t know how women who wear high heels to an all day marathon like this do it. They must come from a different planet than I do. I wore sensible shoes and even then my legs were walked completely off. 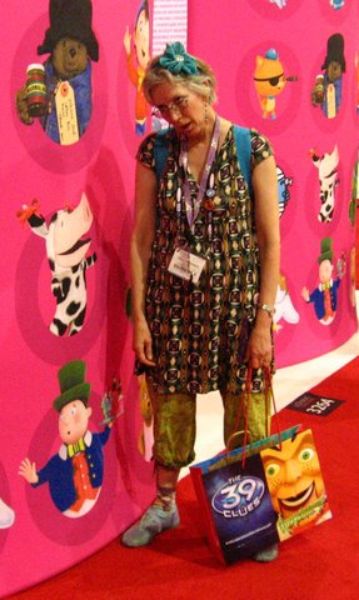 This is how I ended the day, bushed! We could barely drag ourselves off to the nearest pub for a long cool beer as they as so darned far to walk… but we managed it. Dennis had cut out earlier but I had spent an hour shmoozing in the fine art section. I’ll save the fine art report for another post.
Over and out, your gal about town, Paula.
Published on: Jul 7, 2010