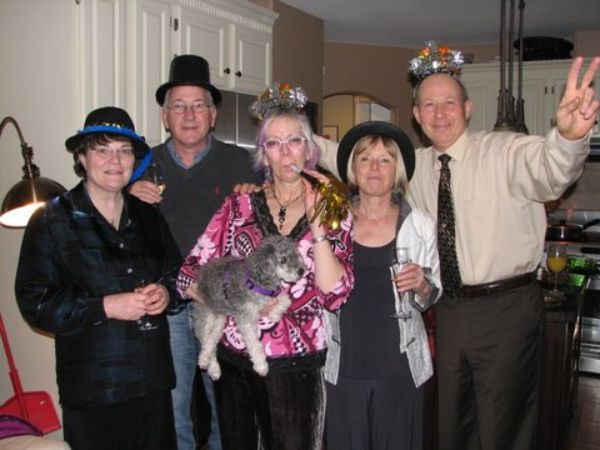 Mmmmmmmmm……. Am recharging my batteries (without all those New year’s Eve pals around) after a hellacious month of helping my brother move his RV home. We probably tossed out 60% of his stuff and he still managed to pack 2 RVs full. He’s a hoarder, such a whip smart guy with excellent mechanical skills but he keeps all this busted up junky stuff that he plans to one day build into giant product X. Anyway, he says he’s ready to start a new leaf and I hope he is because in this nice new place he’s got to comply or die or move the next time without my help. It has been seriously draining so am just here soaking up some warm baths and trying to wash that man out of my brain. After helping him almost daily for weeks, we can settle down to maybe once or twice a week and then once a month or so.

Weather finally nice and clear so we’re off for a walk and then breakfast and then more soaking time. I become one with the water, close my eyes and find some little ledge to wedge myself on as I stretch in different ways like a slow moving starfish doing water yoga. Fantastic! I’ve never been to a spa since Christine and I joined her grandfather in one years ago, which is another story, and a very funny one.

Went dancing the first night here with my honeypie. As we walked back to our room later, a woman dashed out of the pool area in her robe to tell me that she so much enjoyed watching us dance and that she and her friends would much rather watch me dance that Kate Gosslin on The Stars show. Wow, such a nice compliment! Thank you. We don’t get to dance much but enjoy it when we do. I even got 4 women up for an all woman dance to Shania Twayne’s I Feel Like A Woman! They had been dancing earlier and I thought they would go up with me but it was a pull. Another woman joined us and danced as she leaned on her cane, so pleased to be up and moving on the floor.

Dennis wasn’t all that keen for me to be the party animator but I just couldn’t sit still once I had seen the opportunity. He groaned and said, “oh, my God, what have I created?? Another Roger Benns? Groan.” Roger used to get a whole pub of people on board and playing some word or body game back in England, and I mean total strangers on business road trips. I told Den that he didn’t actually create me, he just brought the match to the flame. If I have the strength, I do love to get a group going and bring something alive that otherwise may have gone by the wayside.