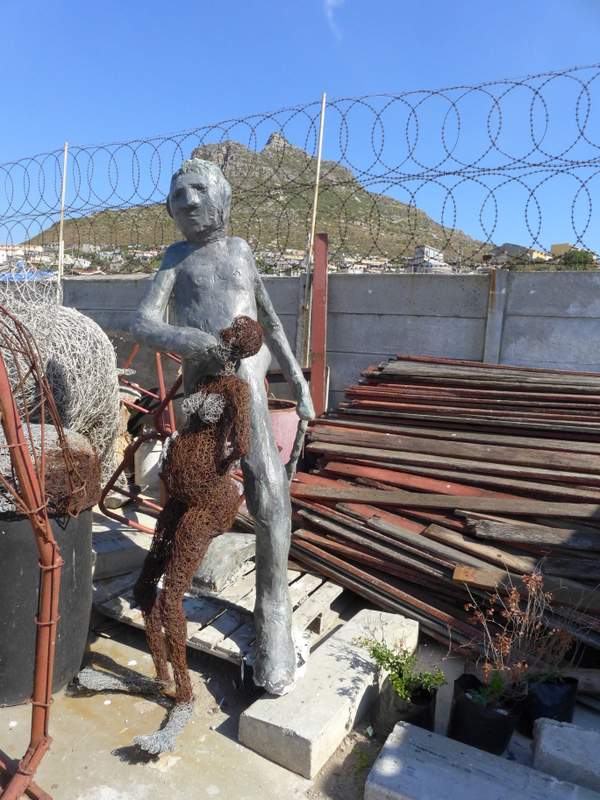 Our day with Dick started out fine for us but badly for him. When he started his own car at home to come down to meet us, the battery was dead. He borrowed daughter Karla’s car and by the time he picked us up, it had a flat tire. Poor sap, the day was not going well. We took him home and we drove in our car. Dick took us down to the fish harbor where he used to rent a small studio space in an open gallery and workshop area. Apparently Dick apprenticed to some top woman sculptor in UK as a young man and he's got the tools and the mentors here to take a stab at sculpture again, quite interesting. 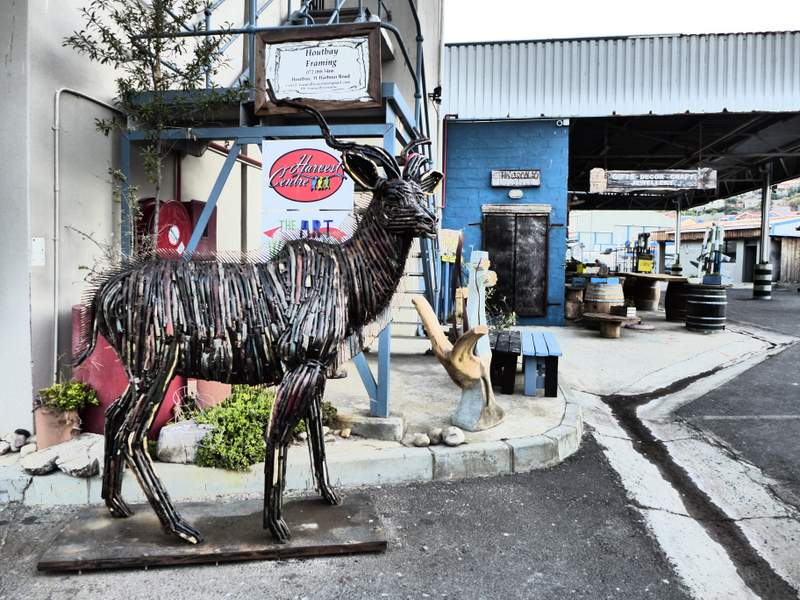 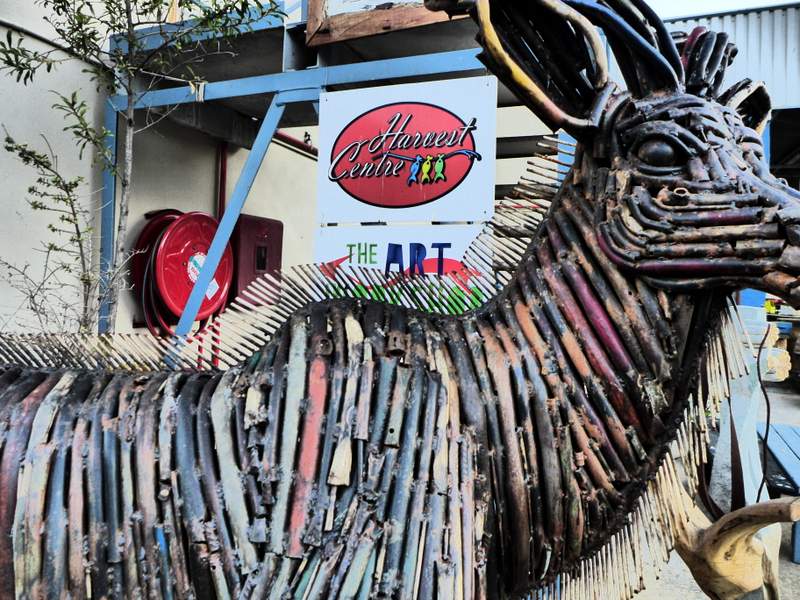 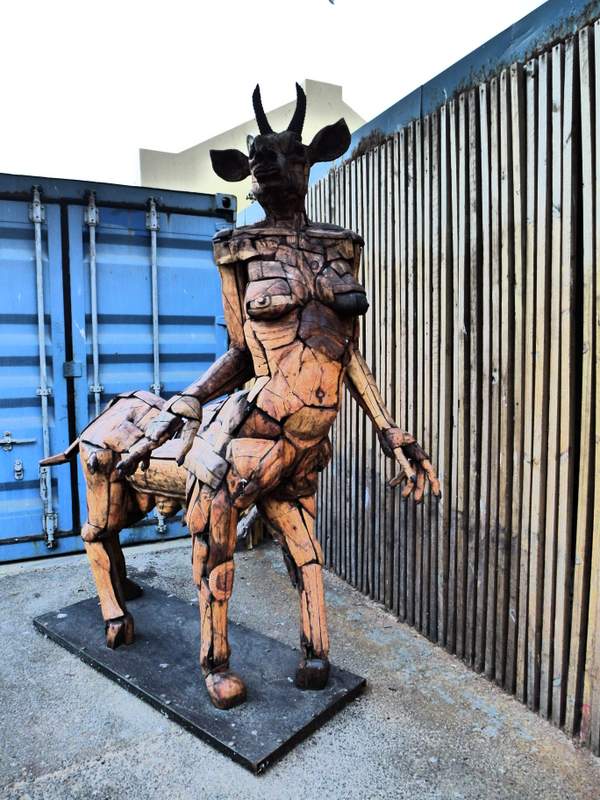 The sculptures I saw were really wonderful, very well conceived aesthetically and structurally. For the most part the paintings were more commercial. 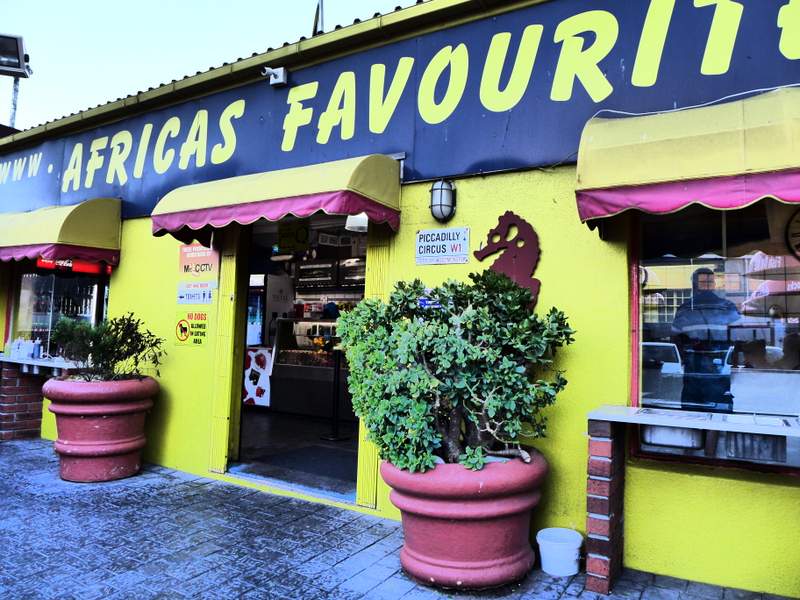 In the evening we went for a nice walk on the beach and ended up at Chapman’s Peak Hotel to watch the sunset and have just one drink before for coming home for the evening. We hadn't noticed it as the hotel obviously had its own power source but once we left the hotel all the power was completely out, homes were just lit by candles and some small camping lamps. Came home and lit some candles and used up the end of our mobile hotspot data plan and computer power before packing it in and heading up to bed to read our e-readers. The power outages are at least scheduled so people can at least can schedule their lives and make a plan for their scheduled two hour chunk. It was kind of comical, reminded us of living in the Caribbean when power was minimal, streets were very dark with lots of stars above. 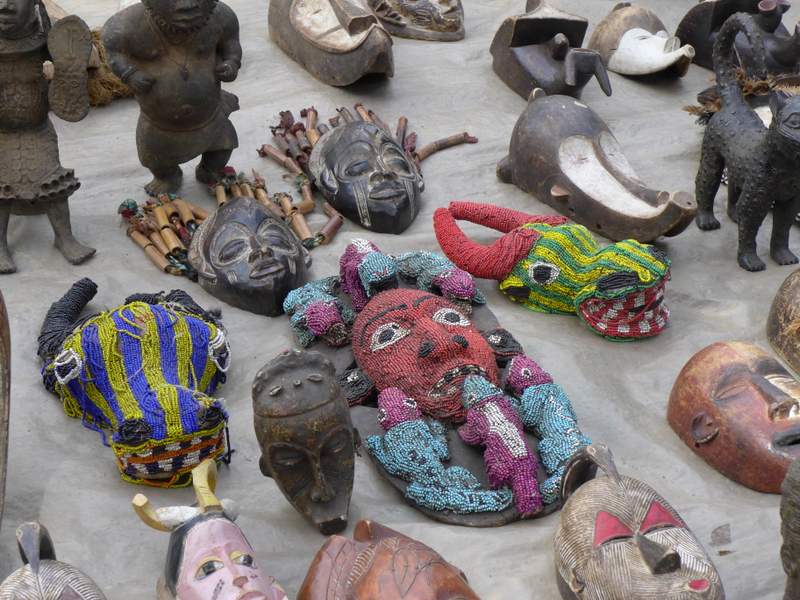 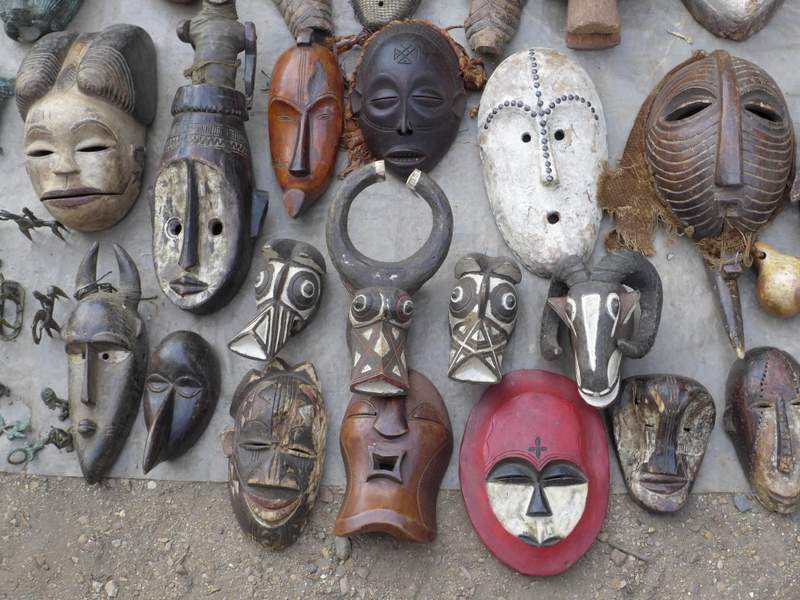 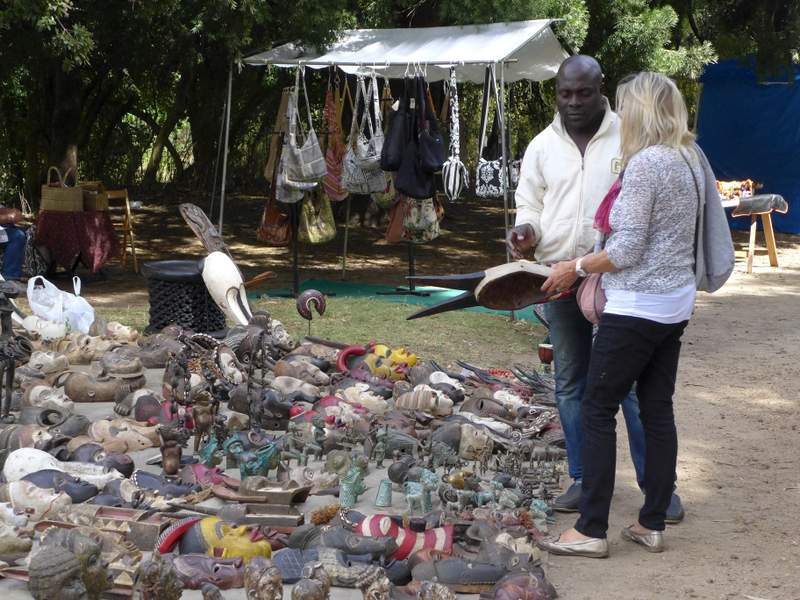 Carla picked out 2 African masks to adorn her pool room walls from this vendor. What a treasure haul he laid out! Some real gems amongst some more common pieces. 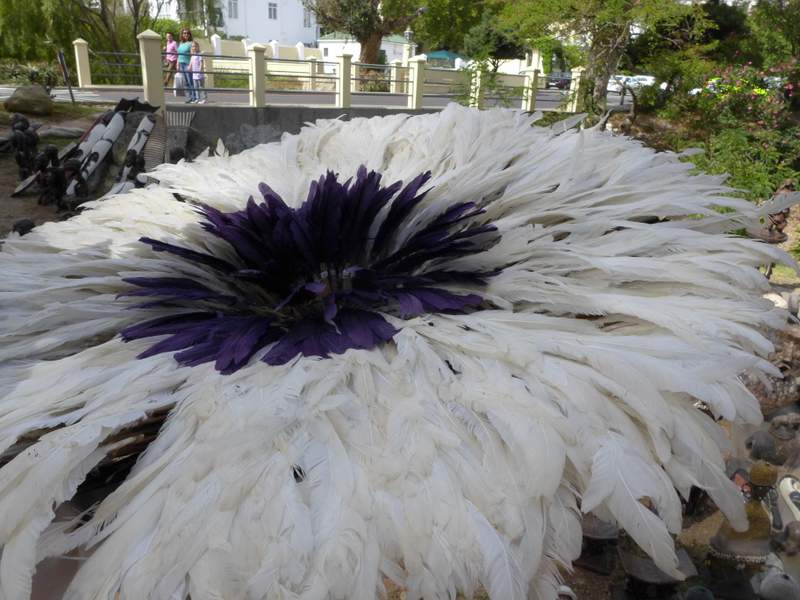 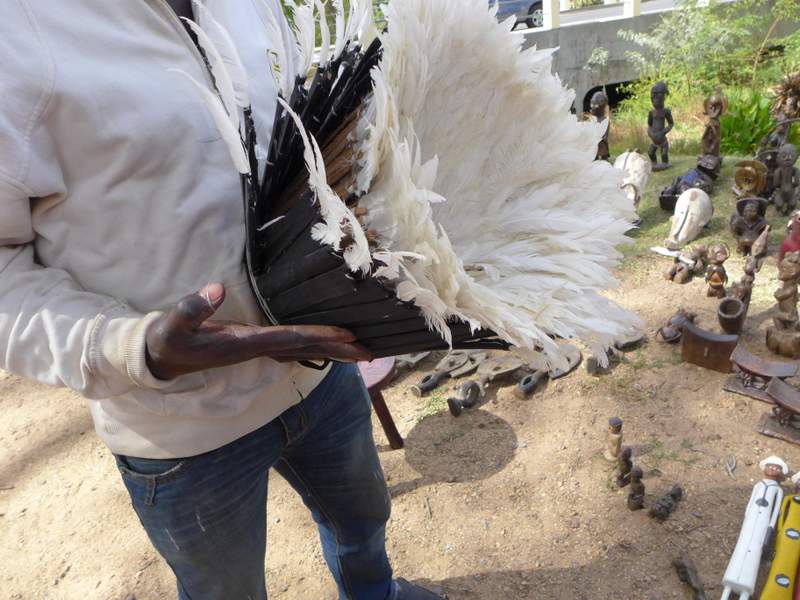 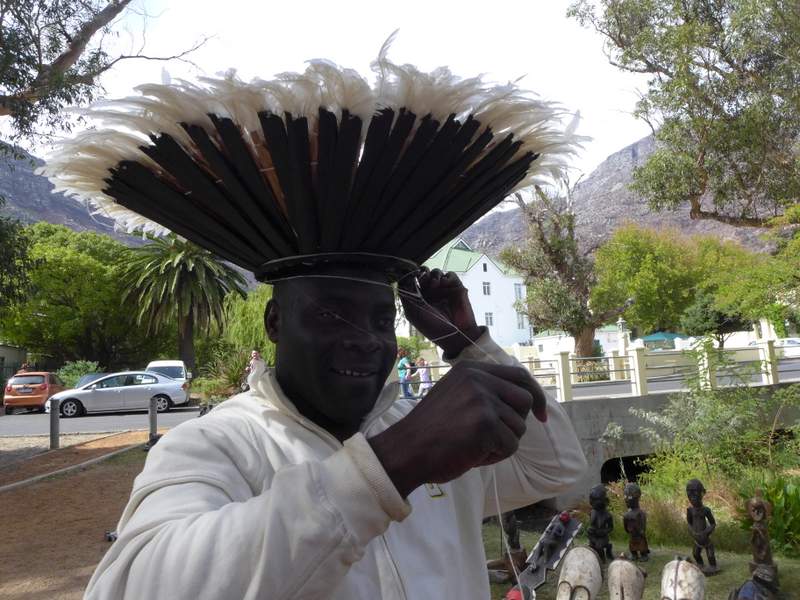 This fellow showed us how these beautiful round hats made of chicken feathers fold up and are worn. 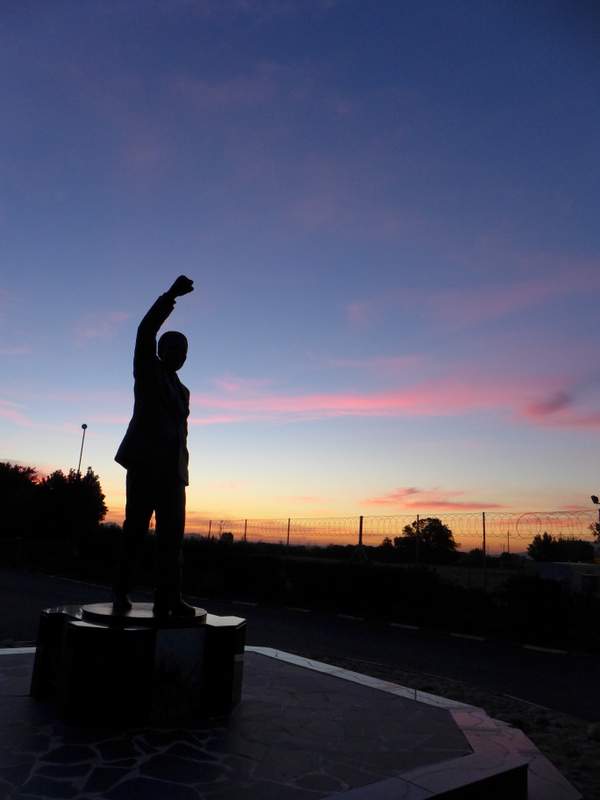 On our last Friday we took a drive out for the day to Franchoek with Dick and Carla. They used to have a golf condo near here, very lovely area in a valley with mountains overlooking, very rich vineyard country. Very charming with lots of beautiful shops, galleries and restaurants. The French influence dates back to when it was settled by the French Huguenots 300 years ago. On the drive home we stopped to photograph Nelson Mandela's “walk to freedom” sculpture from the prison centre he was released from. Also drove up Table Mountain and looked down over Cape Town in the dark with all the shimmering lights. Very pretty. 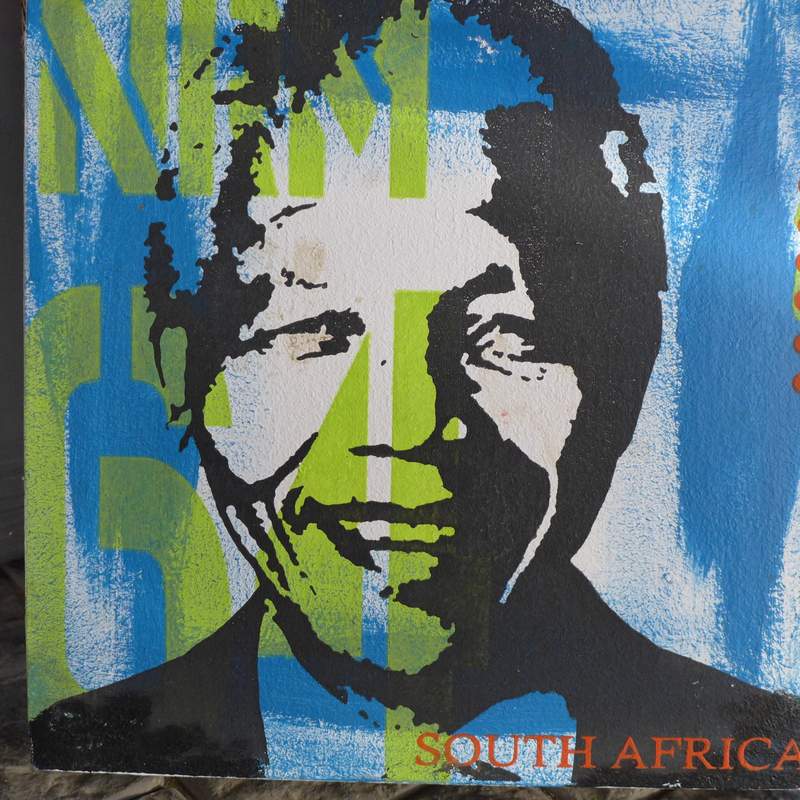 We had an absolutely marvelous party on our last night at Carla’s house. It’s a wonderful house for family parties and they've had barely two nights to themselves since they moved back in there from their beach condo where we’ve been staying six weeks before we arrived. The house and large yard flow beautifully together, the children running out into the vinyard and garden areas, the large homey kitchen with big island in the center opening up to a large dining room and big living room with two comfy couches for the kids to collapse on to watch the big screen TV once they've finished racing around the garden. I think that were about 15 kids ranging in ages from eight months to 16. 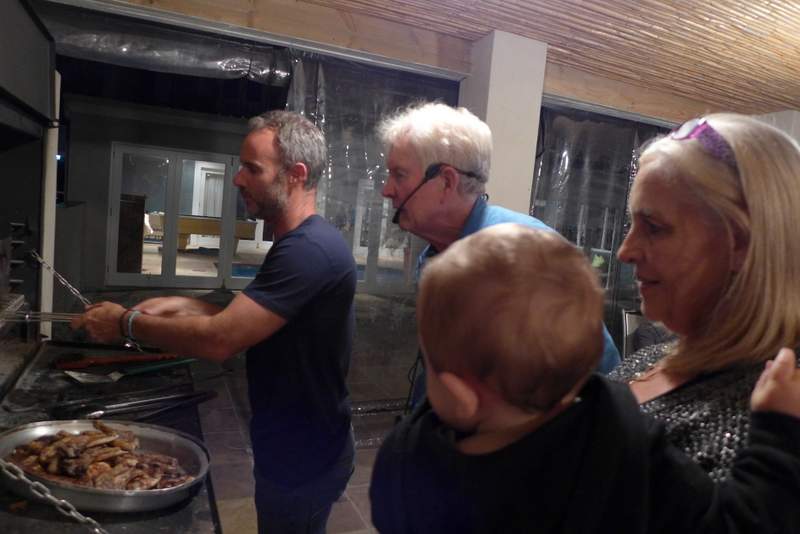 We got there early to attack the cutting boards and prep the food. It was all quite relaxed and a lovely feast was had out on the outside terrace. Dennis and Ryan were the Braii Masters and did a very good job on the butterflied leg of lamb, Boerevors sausage and garlic bread, always a hit! Ingrid brought several desserts and although no one blew any candles out, we celebrated the joint birthdays of Dennis and Ryan, Dick and Carla’s anniversary of more than 40 years and our departure. It was smashing and we're all sorry it has to come to an end, at least for this time. Many are promising to come and visit us in Vancouver on their way to Hawaii or Australia.... 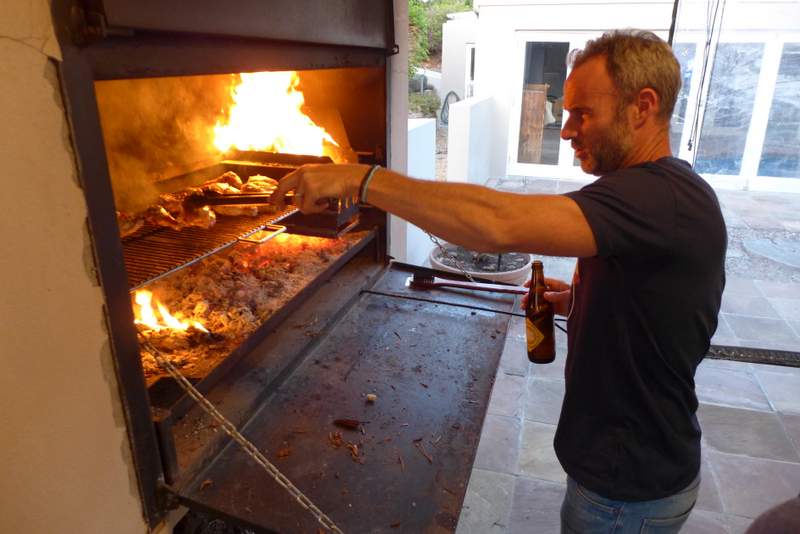 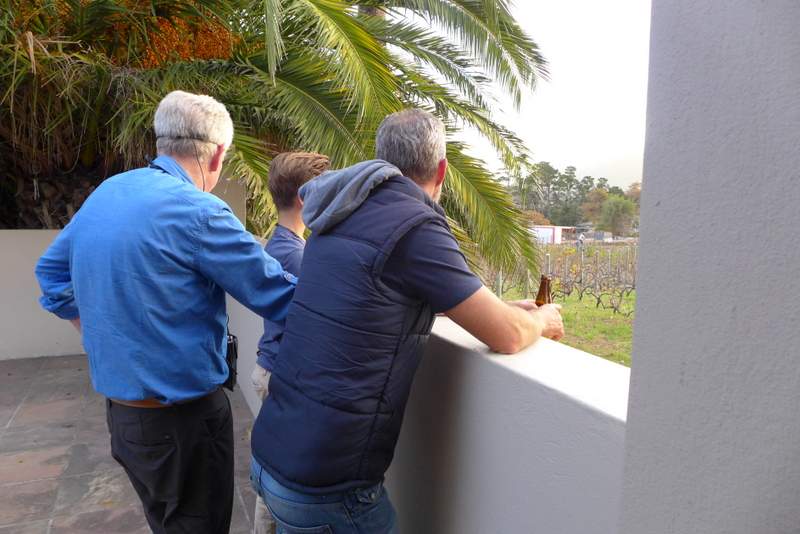 Of course Ryan and Claire found lots of friends in common with Dick and Carla’s family, through FatSak which is quite famous and very popular, through kids sports, surfing, school and the general Hout Bay community. It's much larger than Gibsons, about 30,000 so you're certainly not guaranteed to know everybody here but it was nice to see they had some connections and everybody had a smashing time and promised to keep connected. As Ryan left he said to Carla “Well you certainly have a lovely family” and Carla said back “And now you're one of them so stay in touch.” Lovely.

So now it's our last morning, packing up, making plans for the next leg of our trip onwards to Europe and away from all our friends and family down here. We're so glad we made the effort to come and stay a long time, it has really been wonderful. 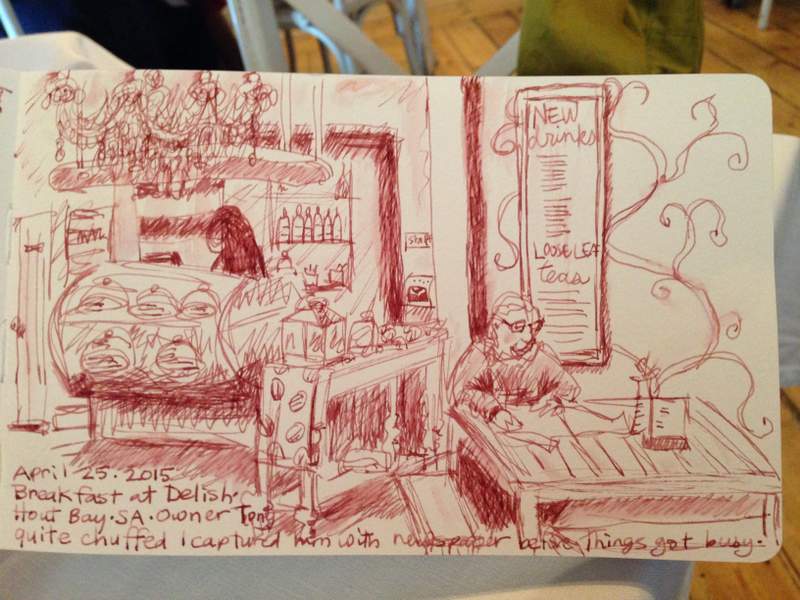 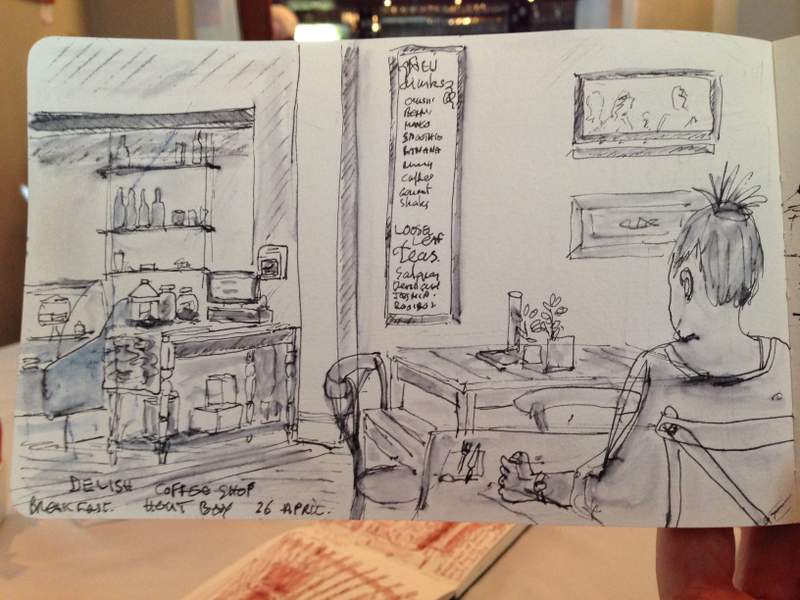 We got to have a lovely brunch with Dick and Carla and do our final goodbyes. Now we’re thinking we should really try to come back and plan for another trip in about in two years, we'll see how that goes. We drove our little rental Renault to Ryan's house had a final hug and squeeze with the kids and then packed off in the car to the airport. Ryan and Dennis got to exchange a few more important stories. 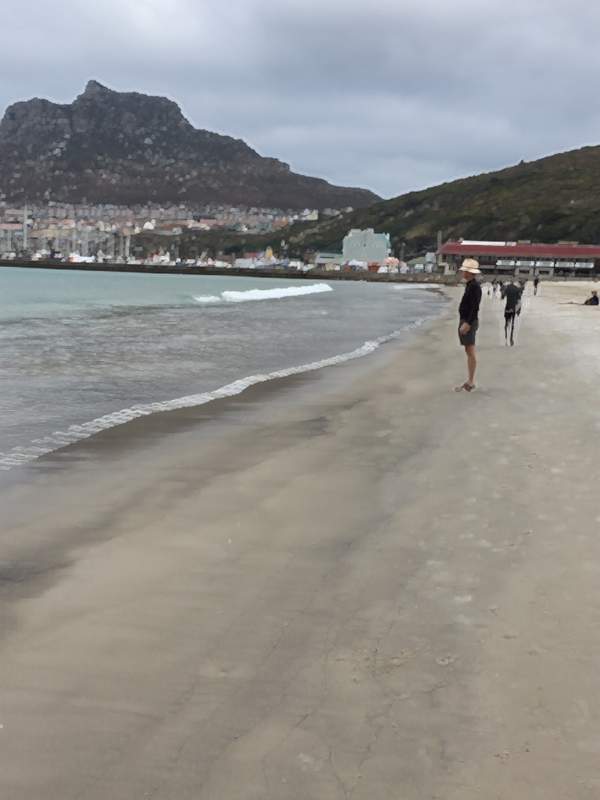