Friday, April 13th, saw Gibsons 2nd Pecha Kucha night at the Arts Building. It's pronounced pu-KUH ku-CHA and is now being presented in over 550 cities all over the world. Gibsons, BC is the 2nd smallest city participating but that sure didn't stop us from a kick-ass night of fun and insight!

It's a very lively format of live presentation where each presenter shows 20 slides and get to talk about each for 20 seconds. This 20 x 20 format makes for some drama, much hilarity and is always invigorating, inspiring and unexpected! I presented the following slides of my own photographs and artwork accompanied by quotations and poems that I had found to go along with each picture. It went down very well... so ladies and gentlemen, I give you my look at the color RED. 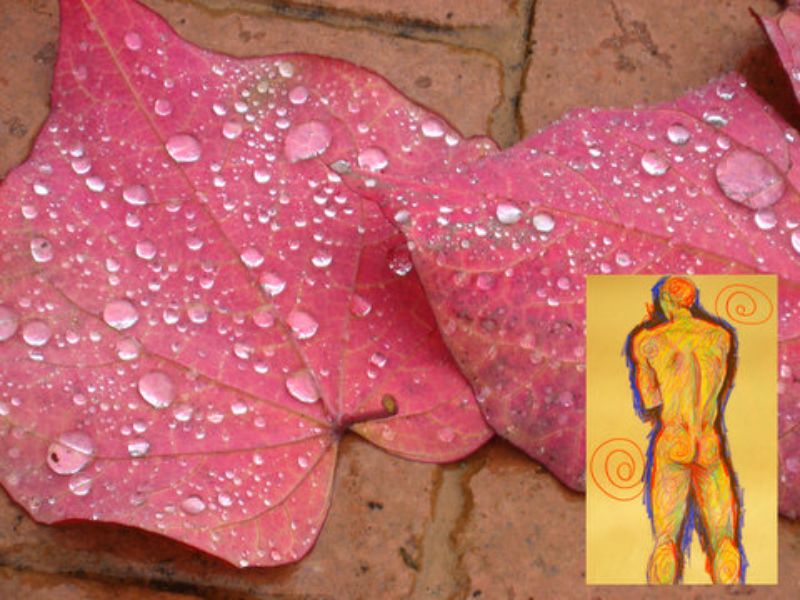 Bright yellow, red, and orange,
The leaves come down in hosts;
The trees are Indian princes,
But soon they'll turn to ghosts.
William Allingham

Some would find fault with the morning red,
if they ever got up early enough.
Henry David Thoreau 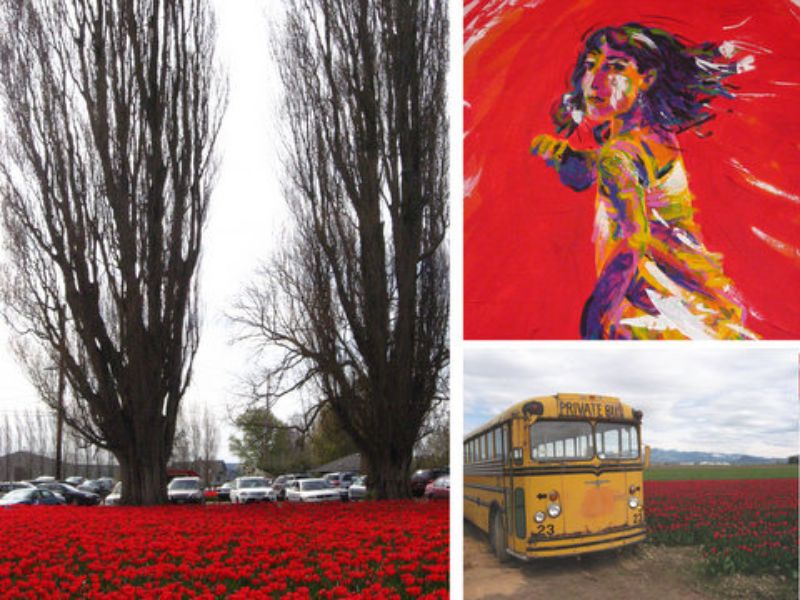 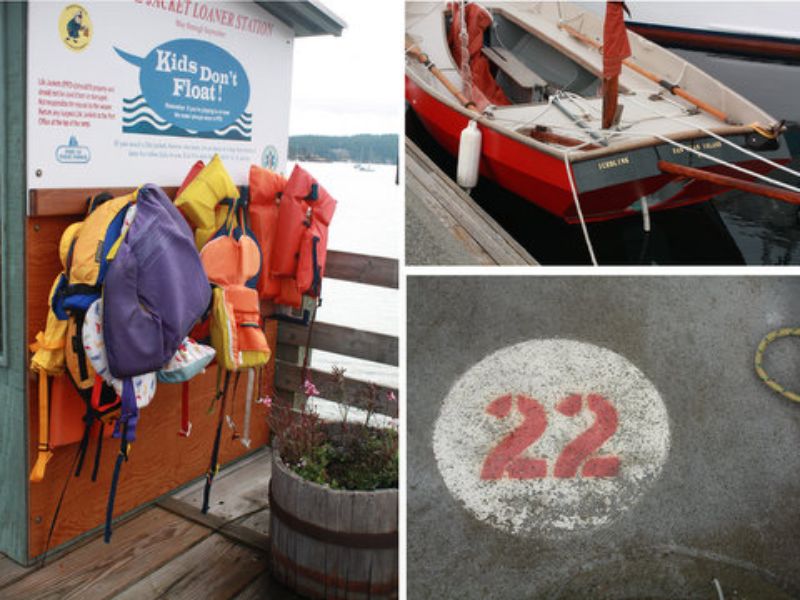 Only, here and there, an old sailor,
Drunk and asleep in his boots,
Catches tigers
In red weather. 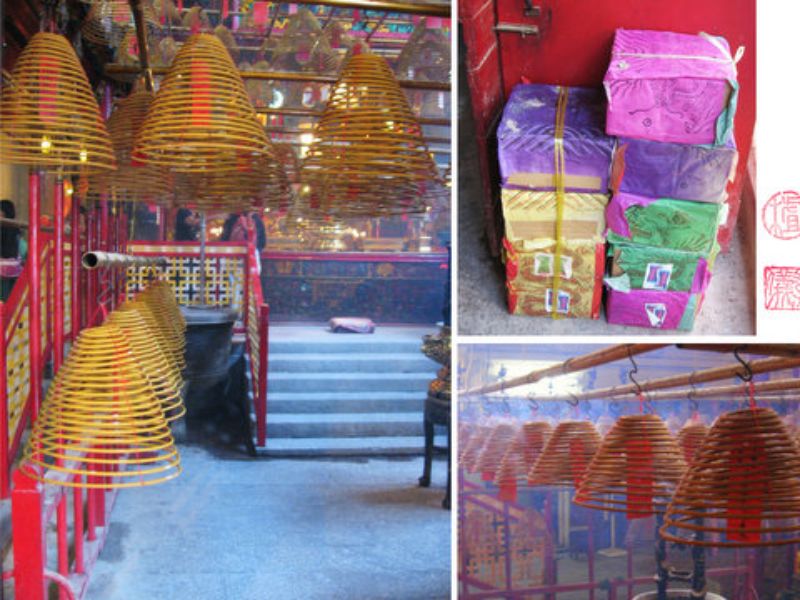 What is man, when you come to think upon him, but a minutely set, ingenious machine for turning, with infinite artfulness, the red wine of Shiraz into urine? 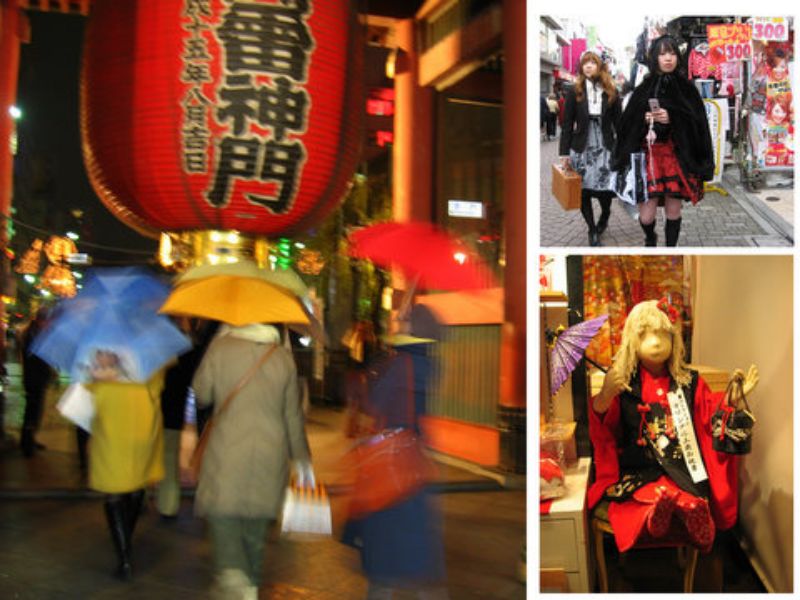 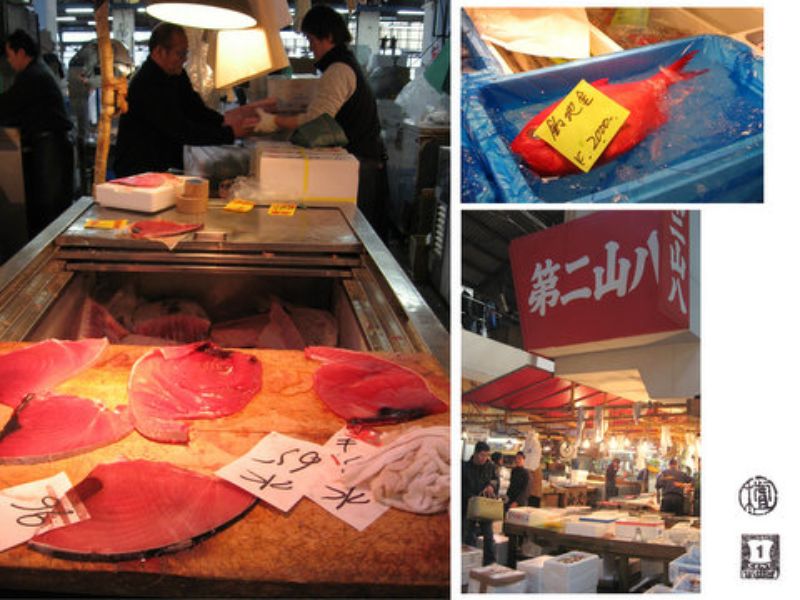 Now wait a minute. You listen to me. I'm an advertising man, not a red herring. I've got a job, a secretary, a mother, two ex- wives, and several bartenders dependent on me. And I don't intend to disappoint them all by getting myself slightly killed.
Ernest Lehman

Red meat is not bad for you.
Now blue-green meat, that's bad for you!
Tommy Smothers

Each month
the blood sheets down
like good red rain.
Erica Jong 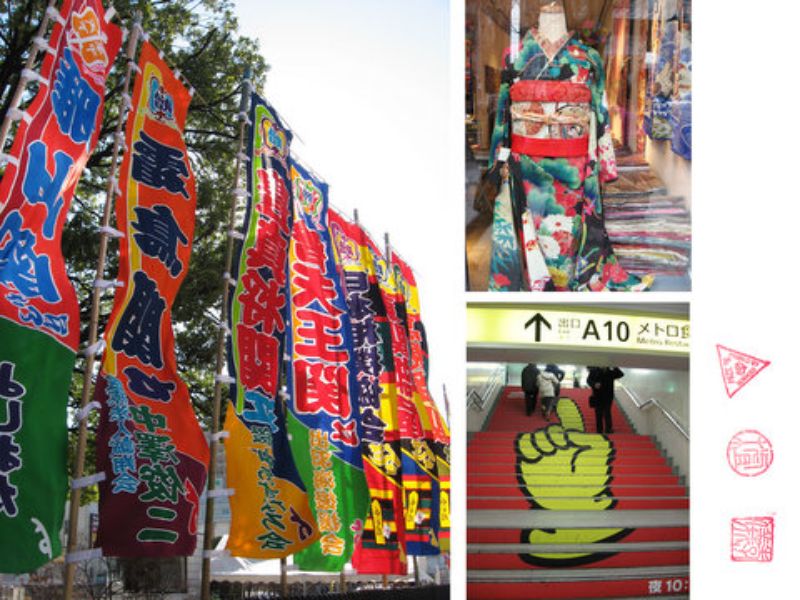 It can be a fascinating game, noticing how any person with vitality and vigor will have a little splash of red in a costume, in a room, or in a garden...
Edgar Cayce 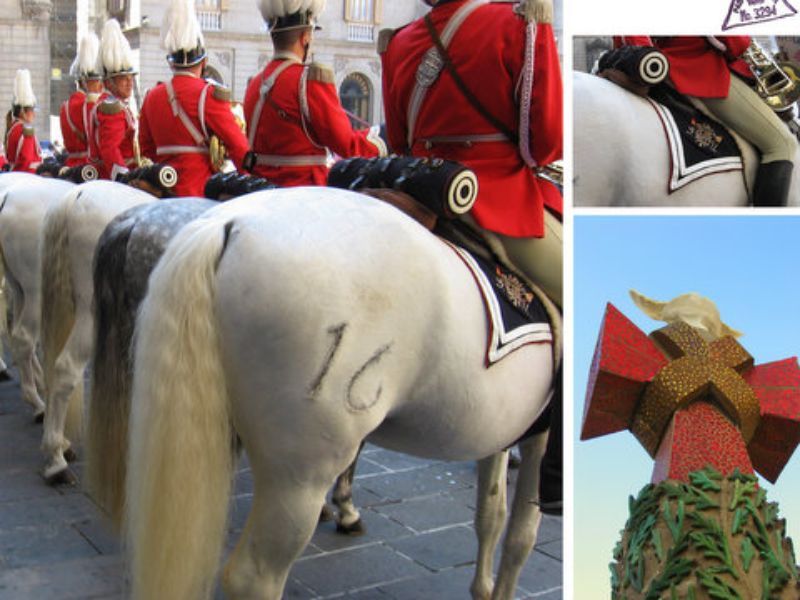 Poverty was an ornament on a learned man like a red ribbon on a white horse.
Anzia Yezierska 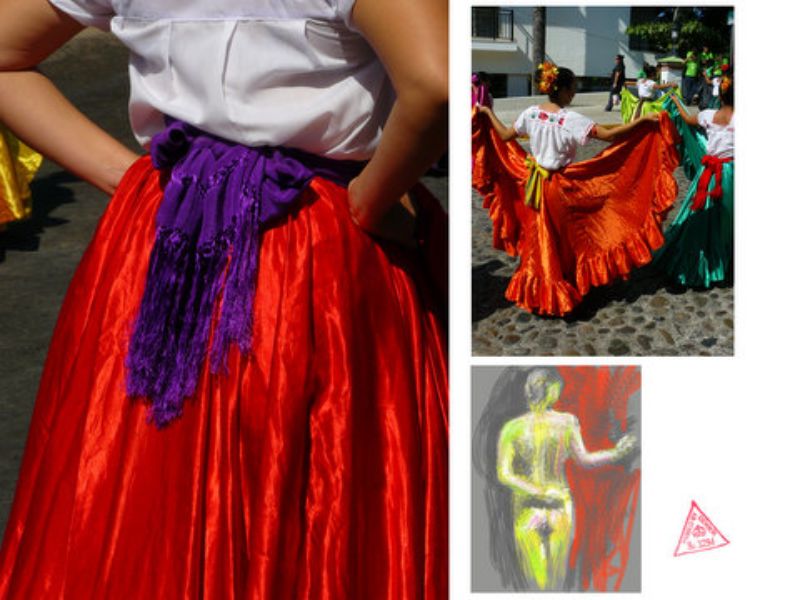 Gossip is news running ahead of itself in a red satin dress.
Liz Smith

Artists can color the sky red because they know it's blue. Those of us who aren't artists must color things the way they really are or people might think we're stupid.
Jules Feiffer

Beauty, to me, is about being comfortable in your own skin. That, or a kick-ass red lipstick.
Gwyneth Paltrow 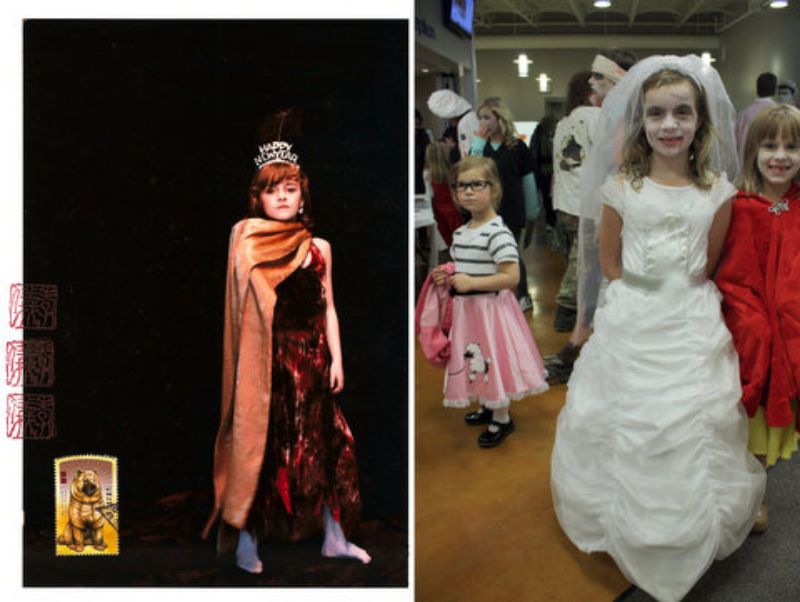 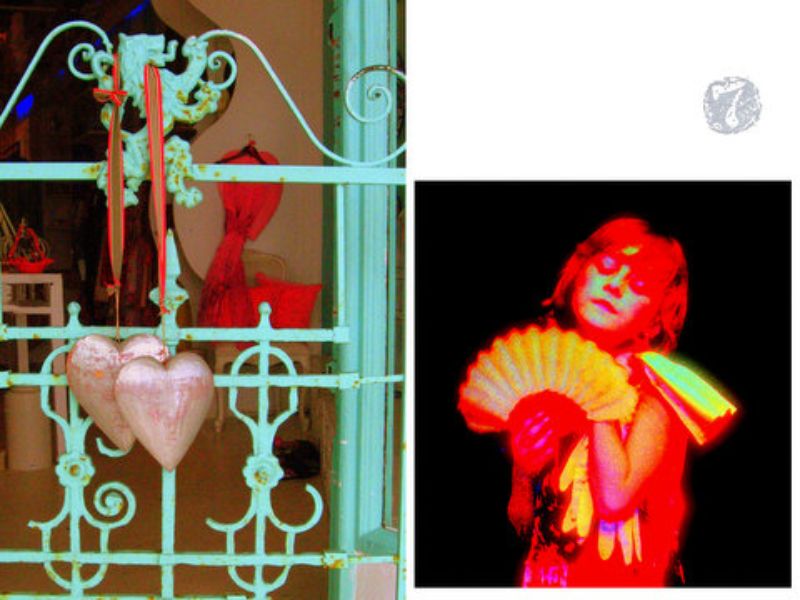 And the angel in the gate, the flowering plum,
Dances like Italy, imagining red.
Louis Simpson

On the breast of her gown, in fine red cloth, surrounded with an elaborate embroidery and fantastic flourishes of gold thread, appeared the letter A.
Nathaniel Hawthorne 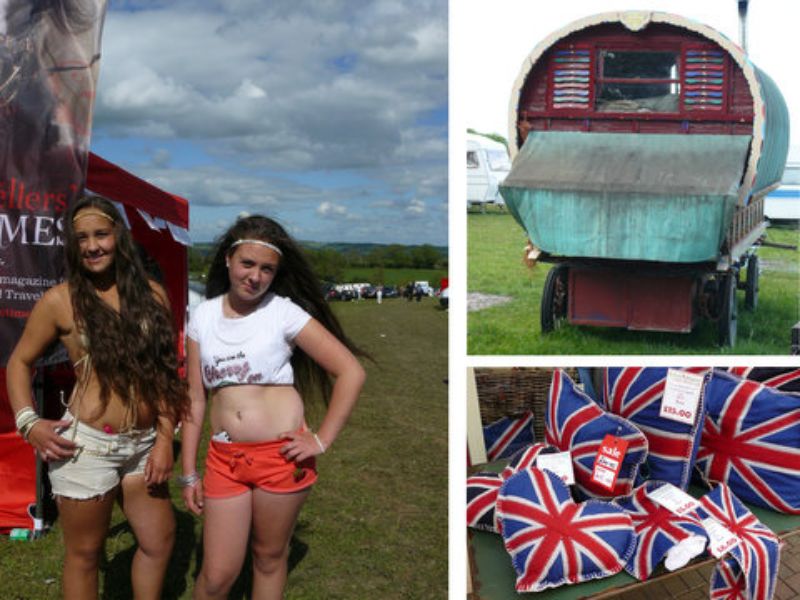 A blond in a red dress can do without introductions but not without a bodyguard.
Rona Jaffe

A good margarita, a good red wine, I like expensive alcohol, but not a lot of it. I don't like to throw up.
Denise Richards

My grandfather Frank Lloyd Wright wore a red sash on his wedding night. That is glamour!
Anne Baxter 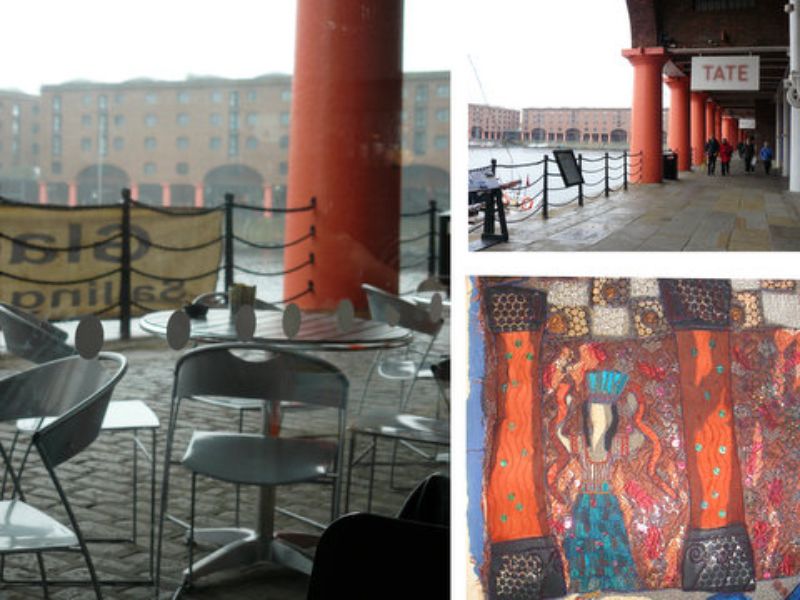 Red lips are not so red
As the stained stones kissed by the English dead.
Wilfred Owen

I've always wanted to go to Switzerland to see what the army does with those wee red knives.
Billy Connolly

Red is one of the strongest colors, it's blood, it has a power with the eye. That's why traffic lights are red I guess, and stop signs as well... In fact I use red in all of my paintings.
Keith Haring 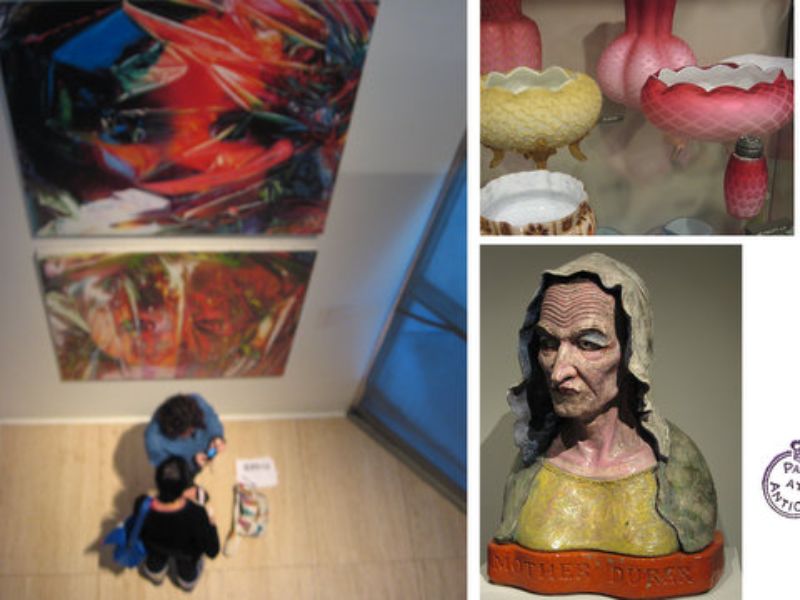 'Tis said as Cupid danced among,
The God he down the nectar flung,
Which on the white rose being shed,
Made it forever after red.
Arthur Wimperis 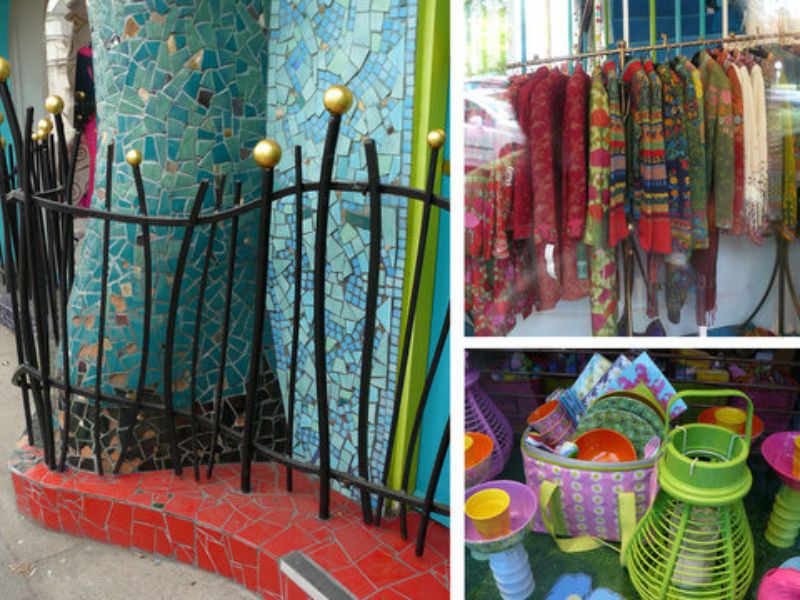 The only advice I can give to aspiring writers is don't do it unless you're willing to give your whole life to it. Red wine and garlic also helps.
Jim Harrison

Red is the ultimate cure for sadness.
Bill Blass 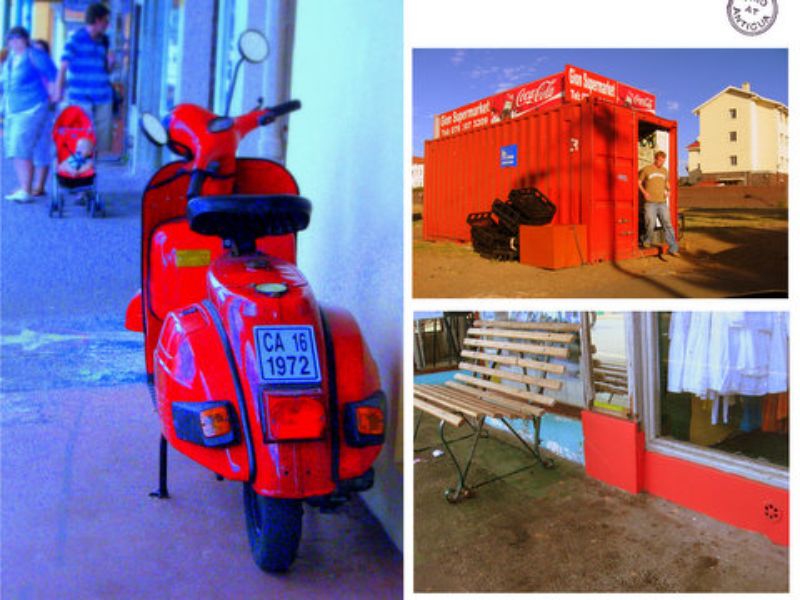 Ordering a man to write a poem is like commanding a pregnant woman to give birth to a red-headed child.
Carl Sandberg

The draft is white people sending black people to fight yellow people to protect the country they stole from red people.
James Rado

Whenever you're sitting across from some important person, always picture him sitting there in a suit of long red underwear. That's the way I always operated in business.
Joseph P. Kennedy 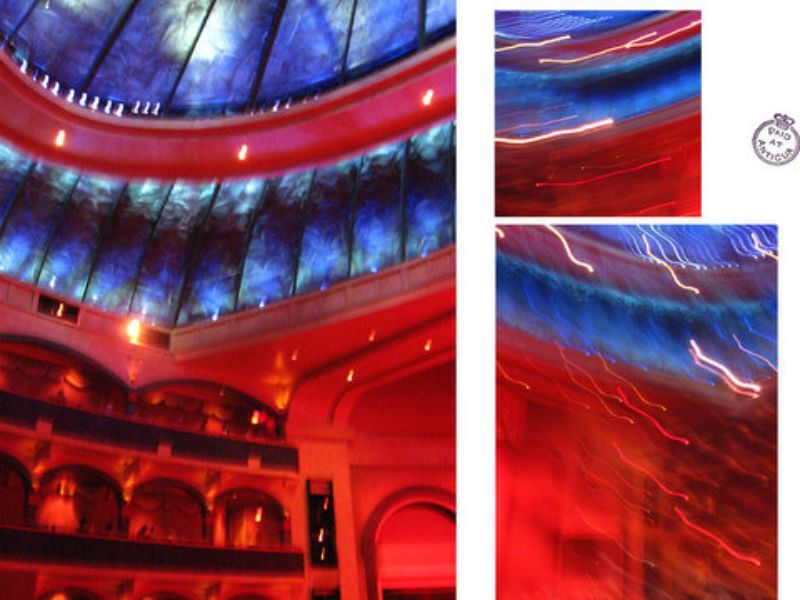 Our flag is red, white and blue, but our nation is a rainbow
red, yellow, brown, black and white
and we're all precious in God's sight.
Jesse Jackson

Things that we do
'Neath the Red, White and Blue,
Though they can't be called happy or glorious,
Certainly keep us notorious.
Noel Coward 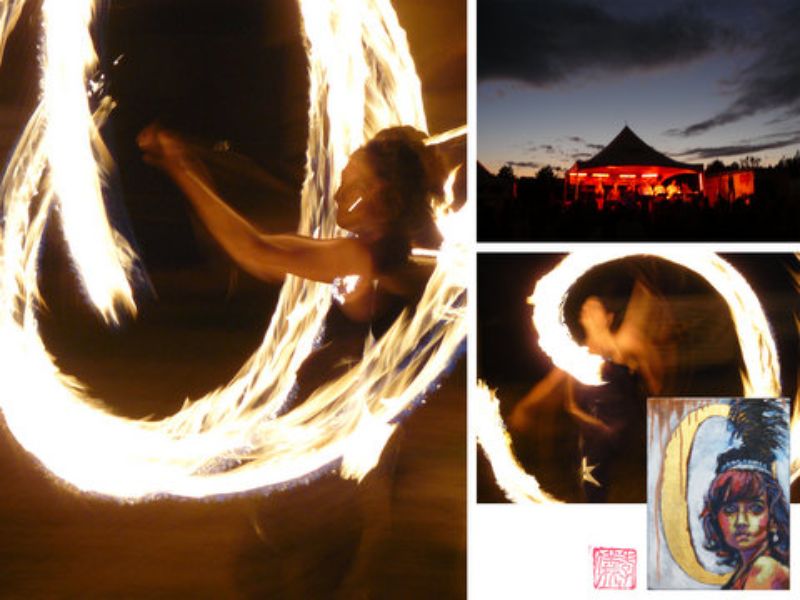 And must I wholly banish hence
These red and golden juices,
And pay my vows to Abstinence,
That pallidest of Muses?
Sir William Watson 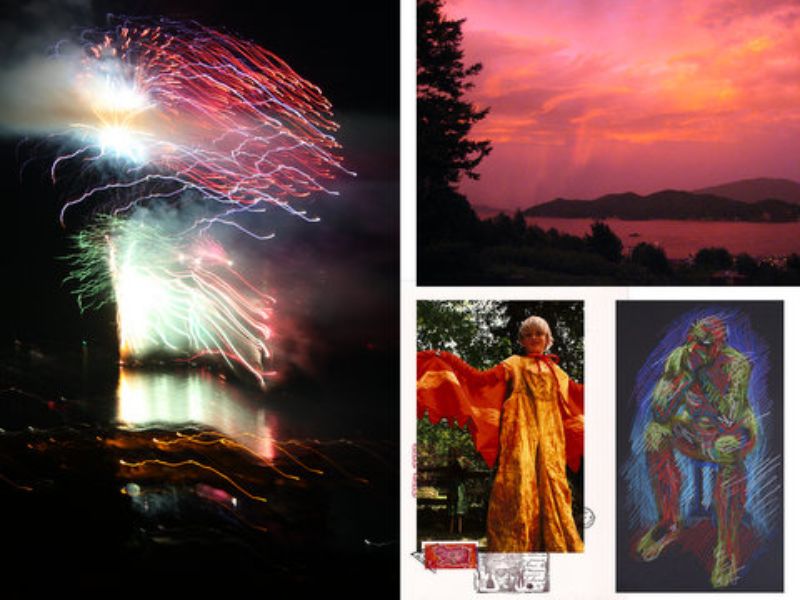 look the spangles
that sleep all the year in a dark box
dreaming of being taken out and allowed to shine,
the balls the chains red and gold the fluffy threads,

put up your little arms
and i'll give them all to you to hold
e. e. cummings 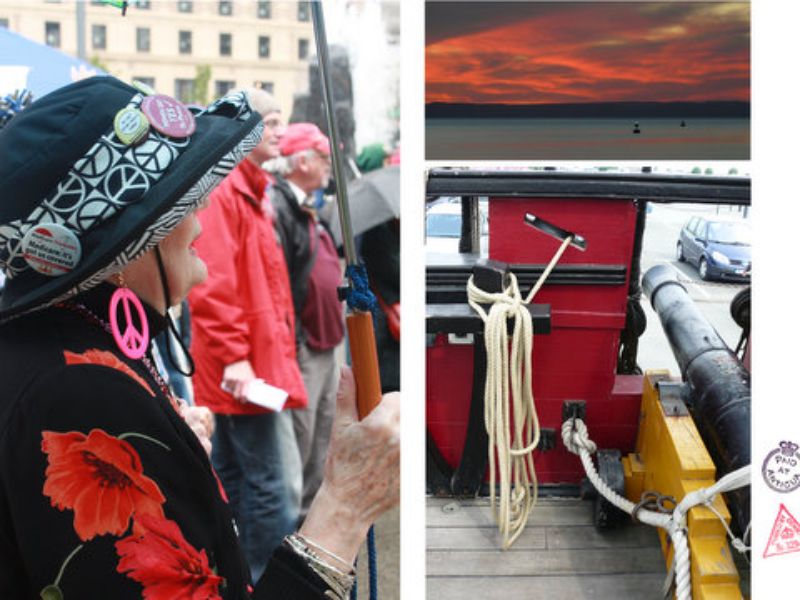 The wind bit hard at Valley Forge one Christmas.
Soldiers tied rags on their feet.
Red footprints wrote on the snow . . .
Carl Sandberg

You can't be a Red if you're married to a civil servant.
Doris Lessing
Published on: Apr 14, 2012