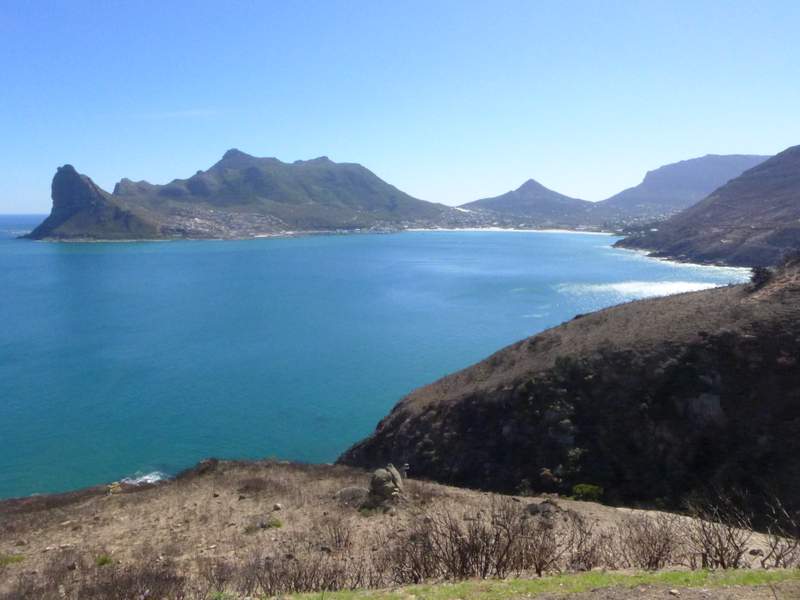 We arrived in Hout Bay from Knysna at around 7 o'clock in the evening after a lovely day's travel. We stayed with old friends Dick and Carla at their large house for several nights before eventually moving into their beach condo about a week later. 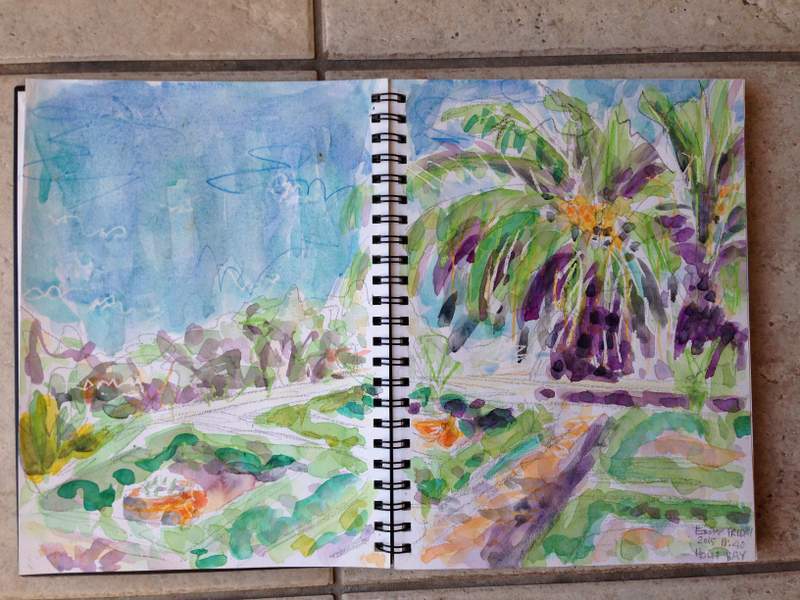 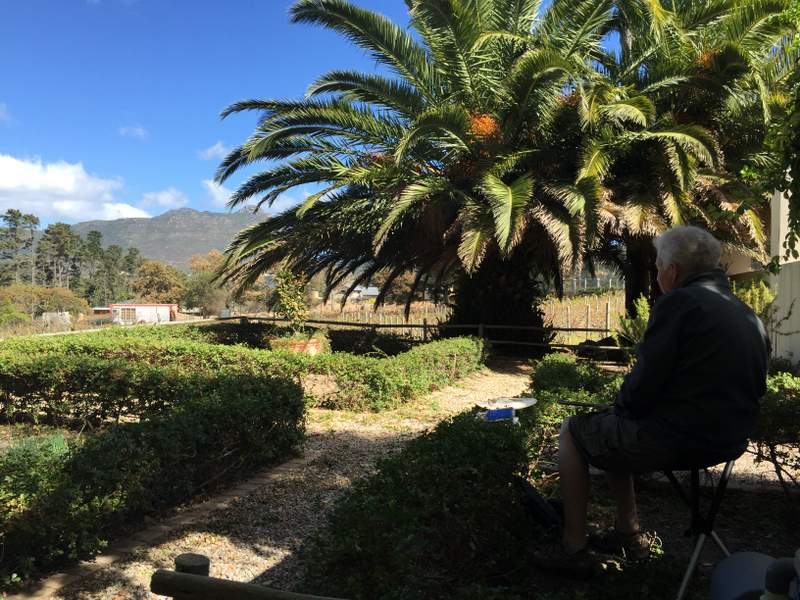 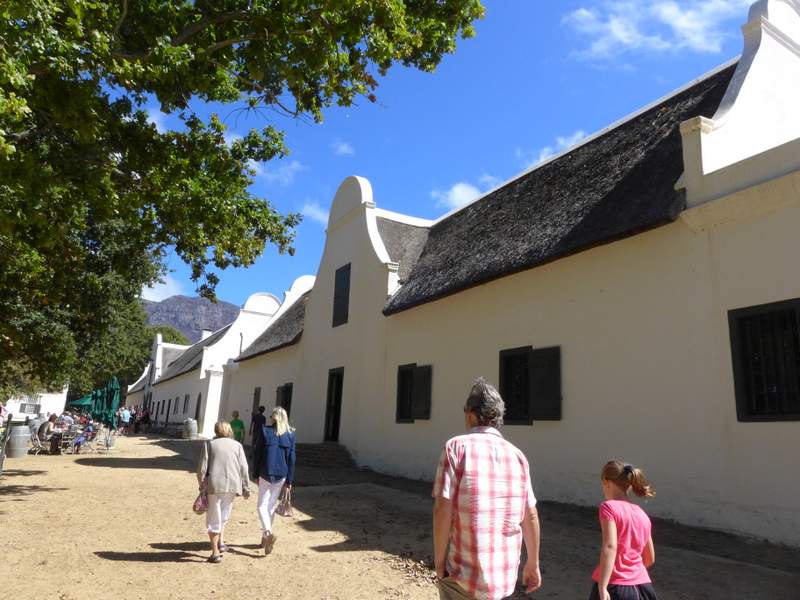 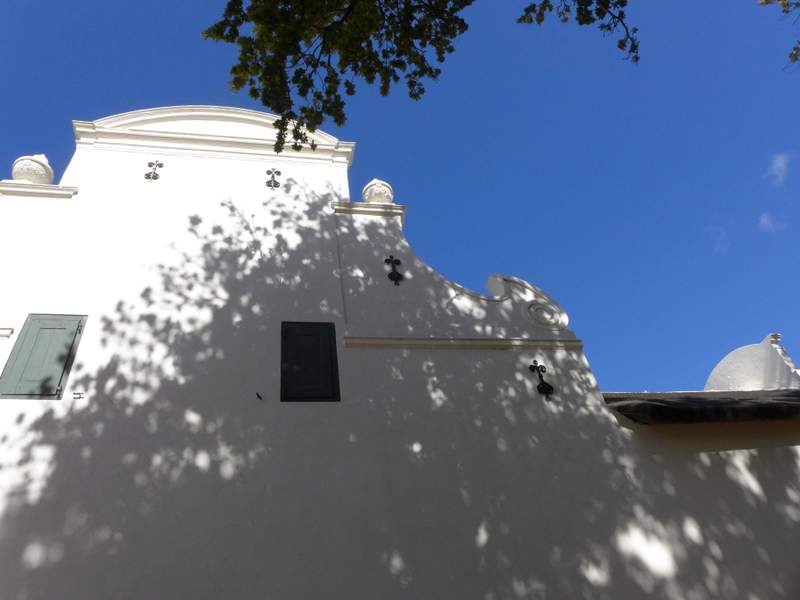 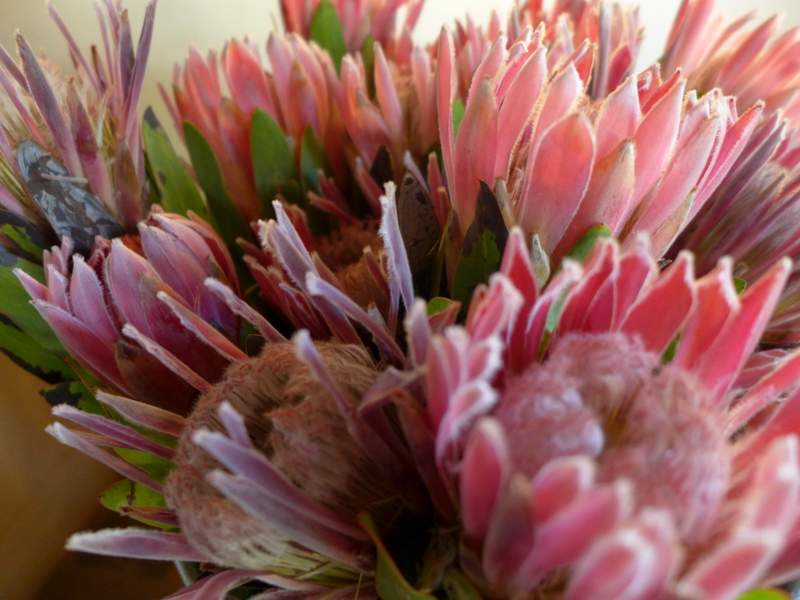 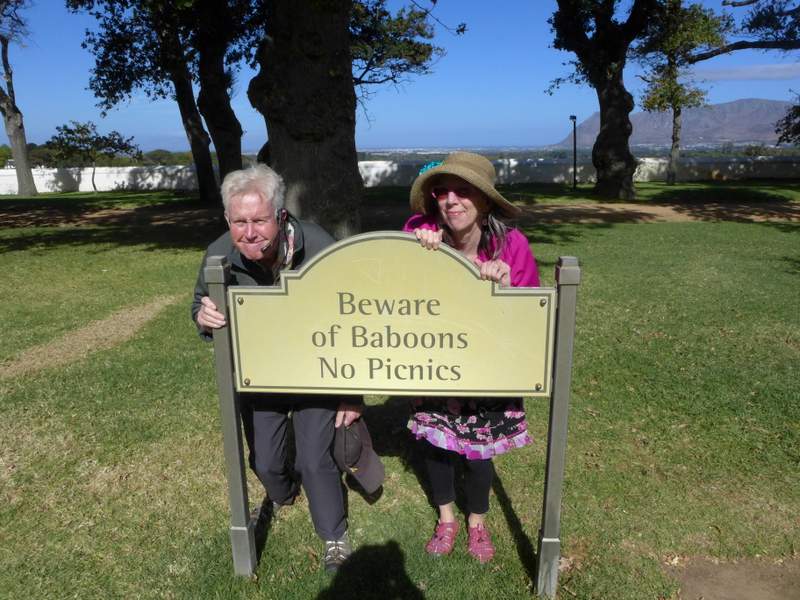 Among other places that we visited where Groot Constantia, a wonderful historic wine estate and Kalk Bay with sweet little shops and excellent contemporary art gallery. 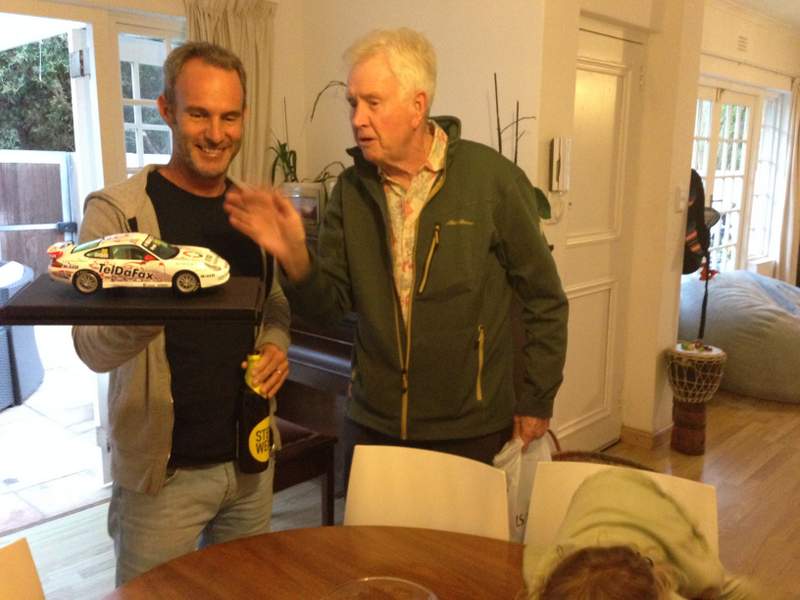 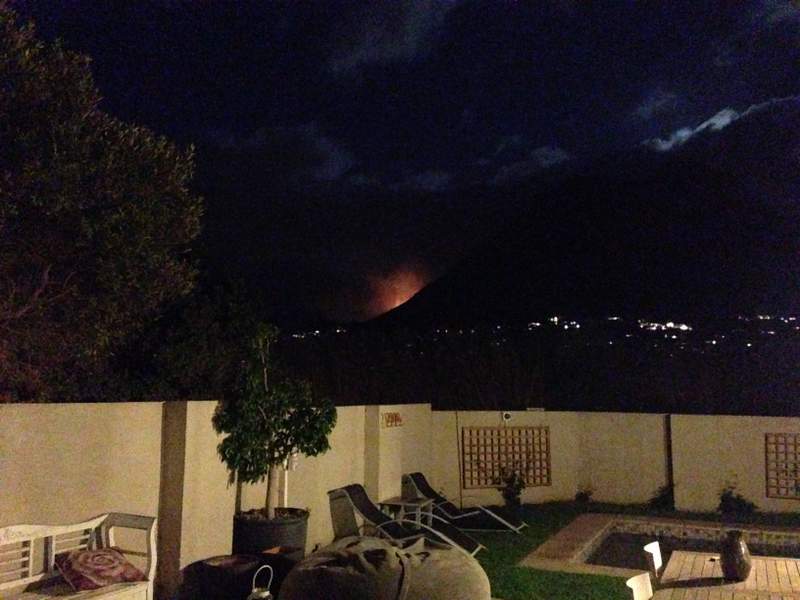 Ryan's wife Claire had a birthday celebration party at their home with friends and neighbors. A good time was had by all and Ryan was an excellent braii (pronounced bry) master. We gave the family the presents that we had brought, the children got Mexican wrestling masks which they put into good use the next day, a nice bracelet and matching earrings for Claire also from Mexico, and an exact model of Ryan's Porsche racing car from a specialty car model shop we found in Vancouver. They were all quite a hit. At the party the glow of hill fires just around the corner on the hillside lit up the night and there were concerns that fires might spread or come our way but thankfully they didn't. About a month before we arrived there had been very big hill fires in this area. The vegetation is very light, brushy and shrubby, not tall trees on the hillsides but the wind blows hard so it spread quickly and did quite a bit of damage. Chapman’s Peak winding road along the cliff-side is closed to cyclists until further notice because of the danger of rocks sliding down the hill and some of these rocks are very big.

Unfortunately as soon as we moved into our own little beach condo Dennis came down with the Big Cold and I had a tummy bug for couple of days. That slowed us down but we were able to get out sketching a few times and we were happy to just be able to take it easy by ourselves and chill out. 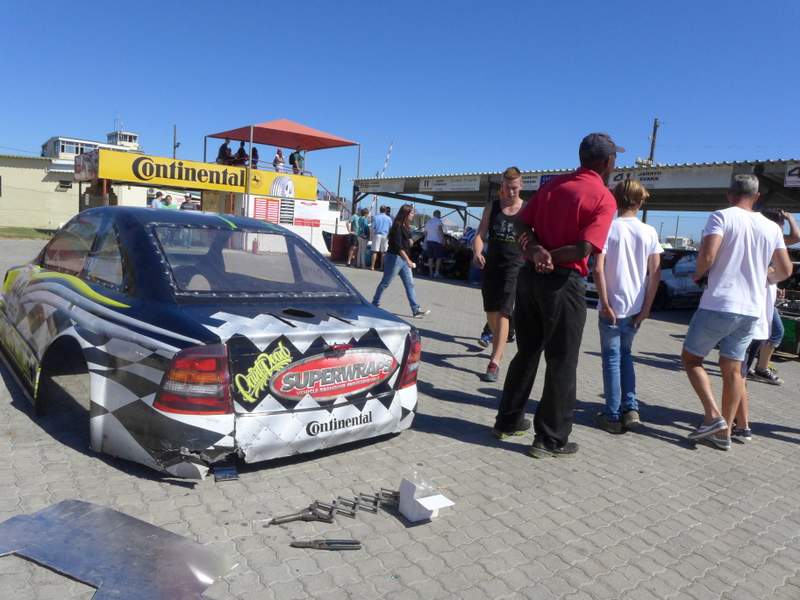 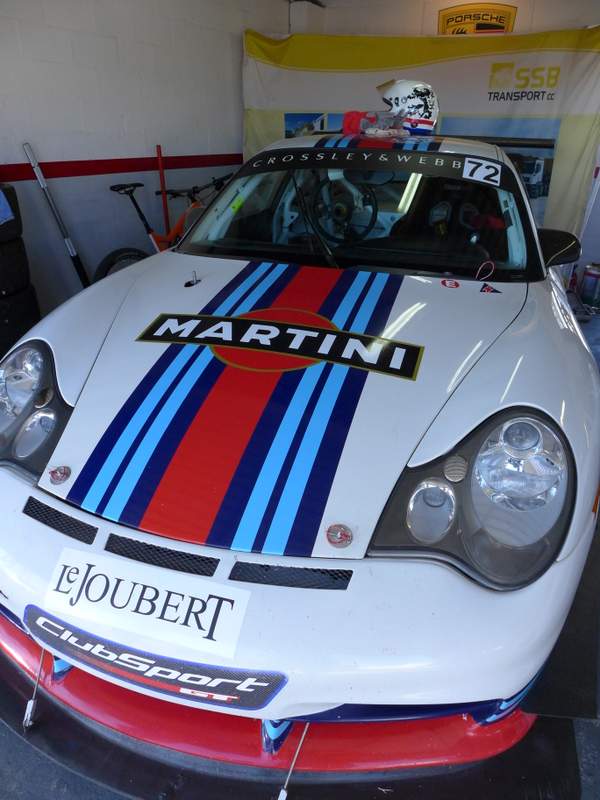 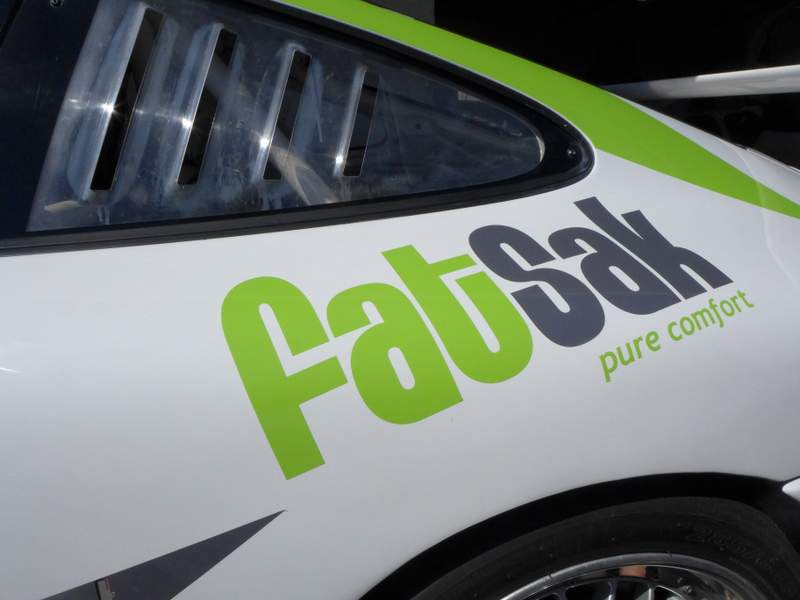 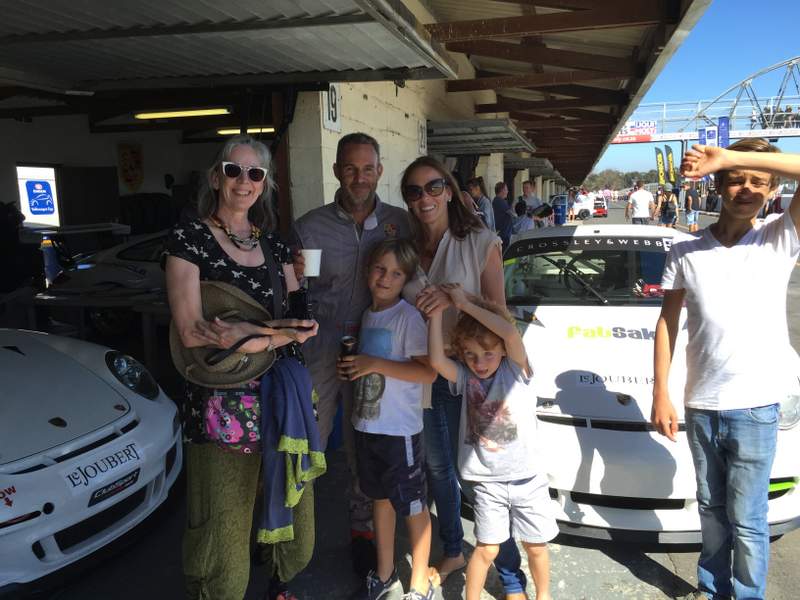 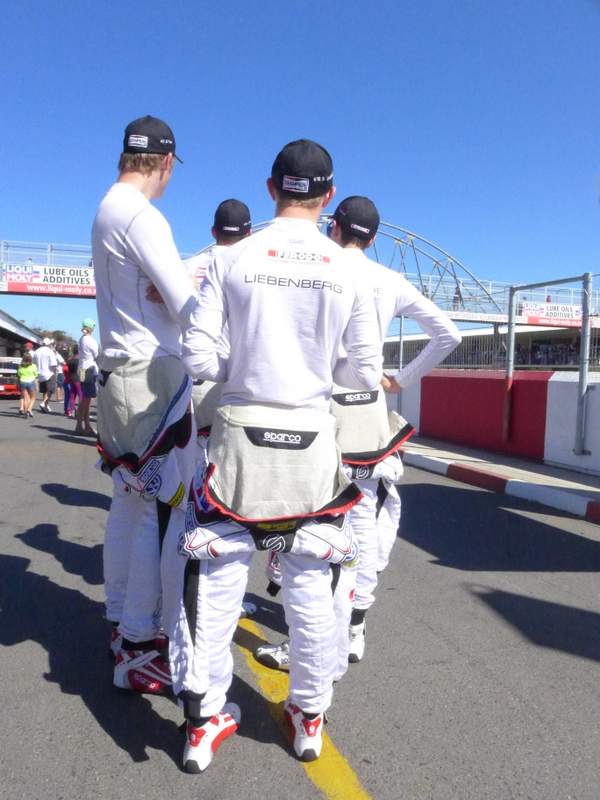 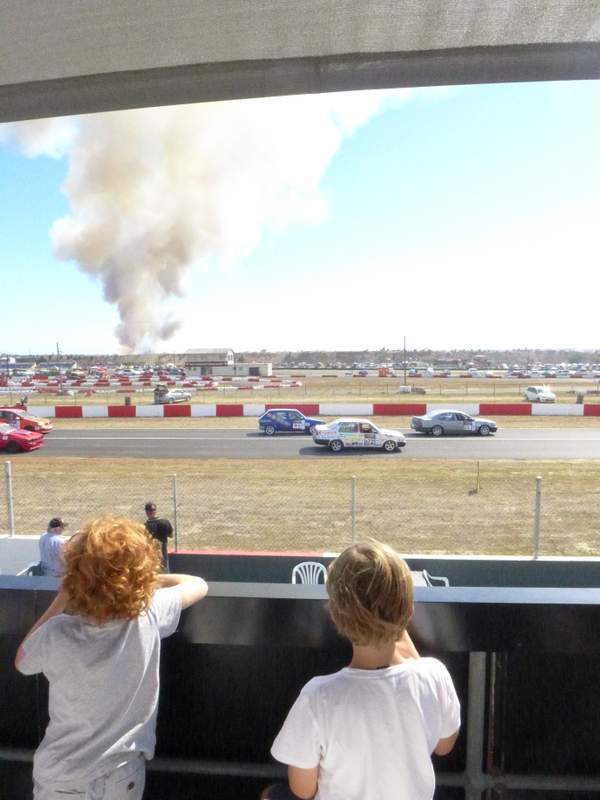 One Saturday we spent the afternoon at Killarney Race Track watching Ryan race his Porsche racing car around the track, very exciting! Loud, but very exciting! There was a grass fire beyond the track and we watched the cloud of smoke creep closer all afternoon but thankfully it did not come over the berm. 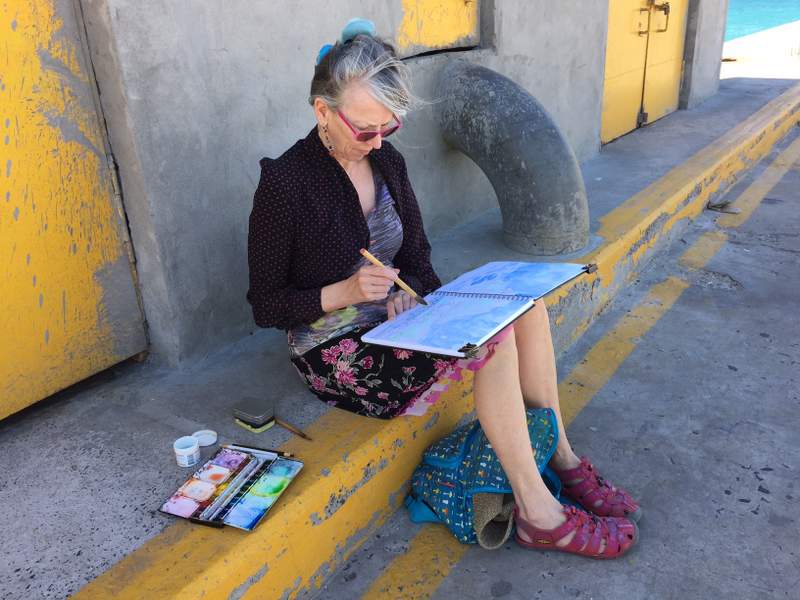 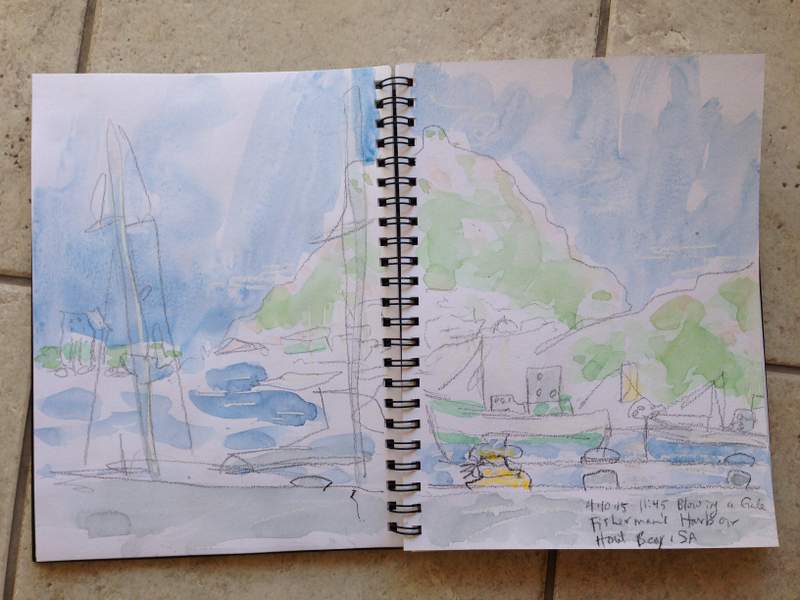 It’s often very very windy here in South Africa and that makes plein air sketching a challenge! You really have to go with a hat that's clipped on well, hair tied up and your drawing paper clipped open so it won't flap around. Anything small and light might just blow away so finding a spot to sit to draw or paint where things won't blow off a cliff or down the drain needs to be thought out well. Hillsides are very steep and you certainly don't want to wander down the cliff to pick up brushes that just blew away! 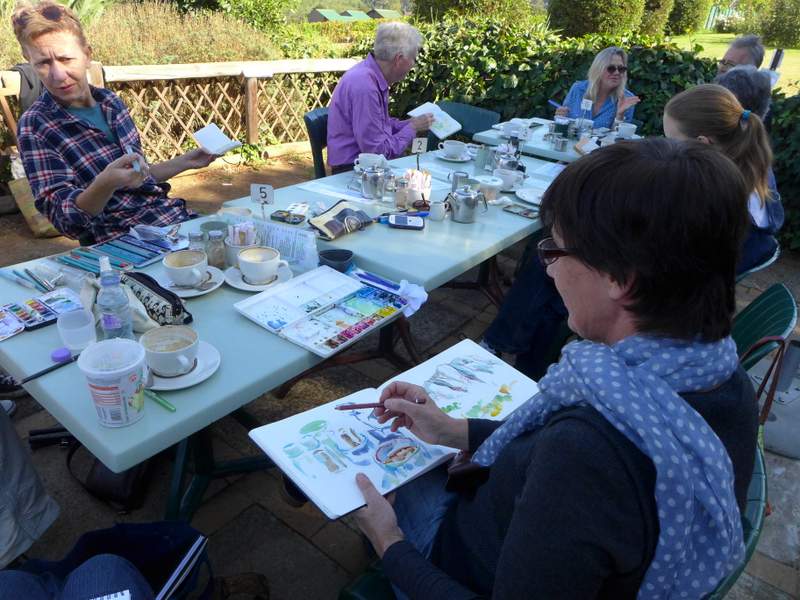 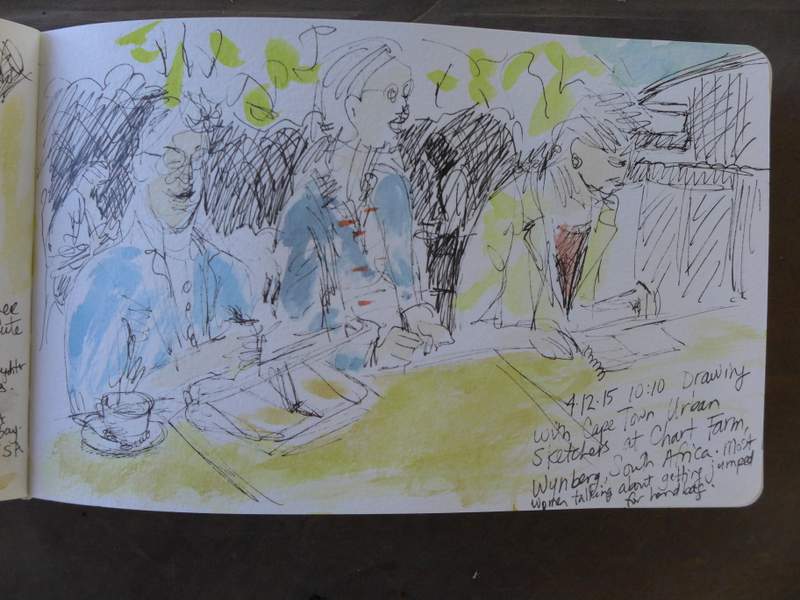 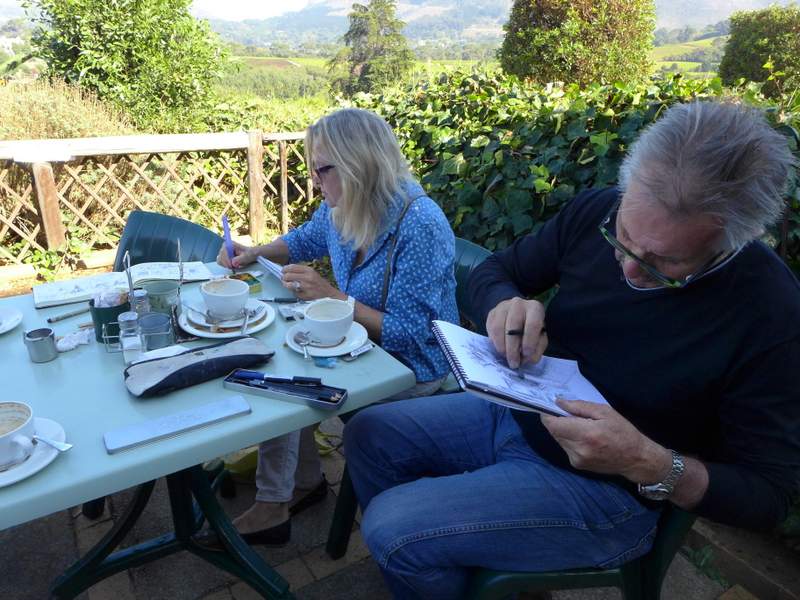 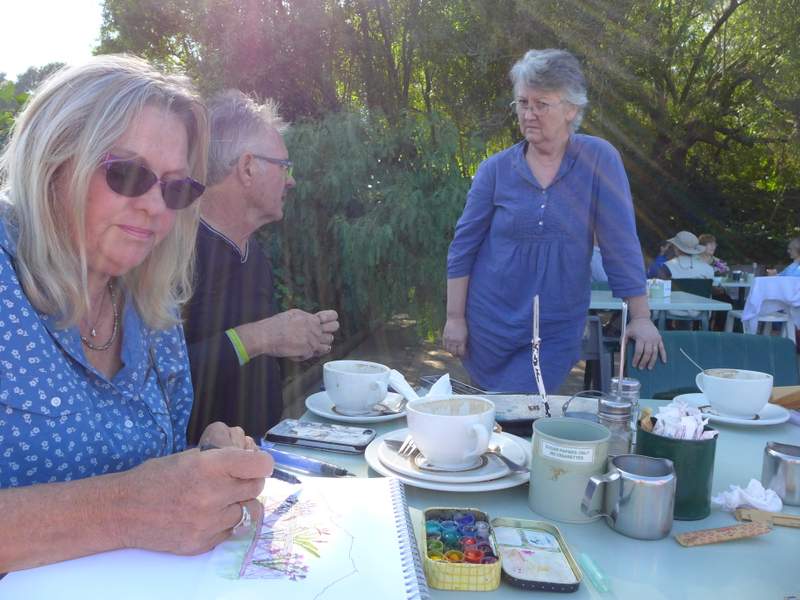 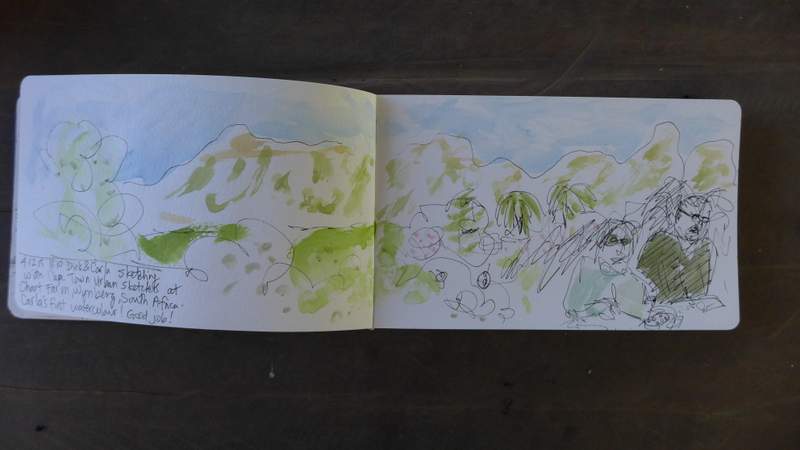 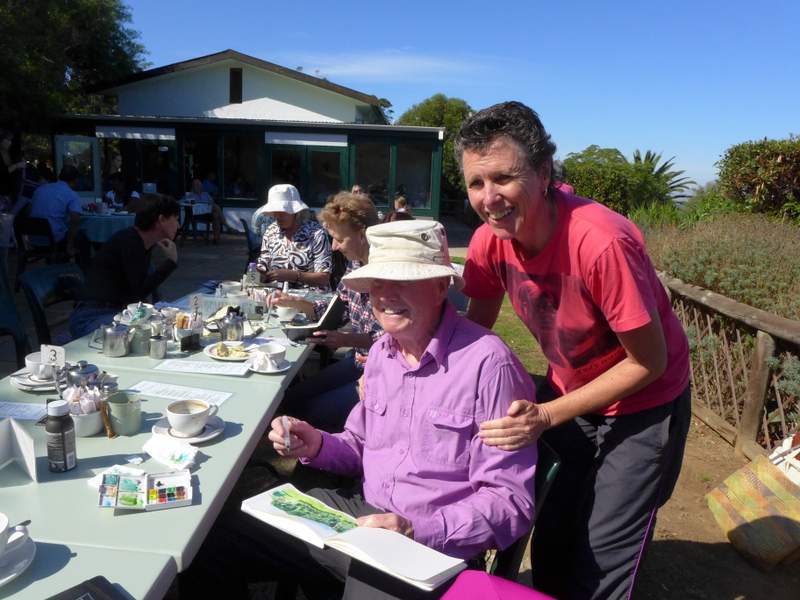 Before we came down here we had connected with Cape Town Urban Sketchers Facebook group and we were able to join them at an Event, sketching at Chart Farm rose farm. It was an early start, just after 9 o'clock to meet them there and start with a great big table which eventually grew to about 15 of us. We sat for coffee on an open terrace and either sketched each other or sketched the lovely views. Dick and Carla had threatened to join us and in fact wandered in shortly after we sat down. It was Carla’s first exposure to urban sketching and sketching at all and she did a very good job. She sat beside me and I coached her along on a few things, offering her my small paint box and water brush. It would be a great way for her to enjoy her time on their canal boat in France if she had sketching to do to capture the scene. Dick did a good job in pencil and graphite stick, capturing a gnarly old tree. I think they really enjoyed themselves.

One of the great things about sketching with other people is seeing the kind of tools they bring along, all kinds different paint boxes, pencil sets, pastel boxes and all kinds of sketchbooks. Everyone has different sort of approach and maybe different levels they’re starting from. Here's something funny. We always get e-mail invitations to go to Urban Sketching Meetups in Vancouver and we've never been. All we had to do was take the ferry and we’ve never been. Here we go halfway around the world to one. Hilarious! 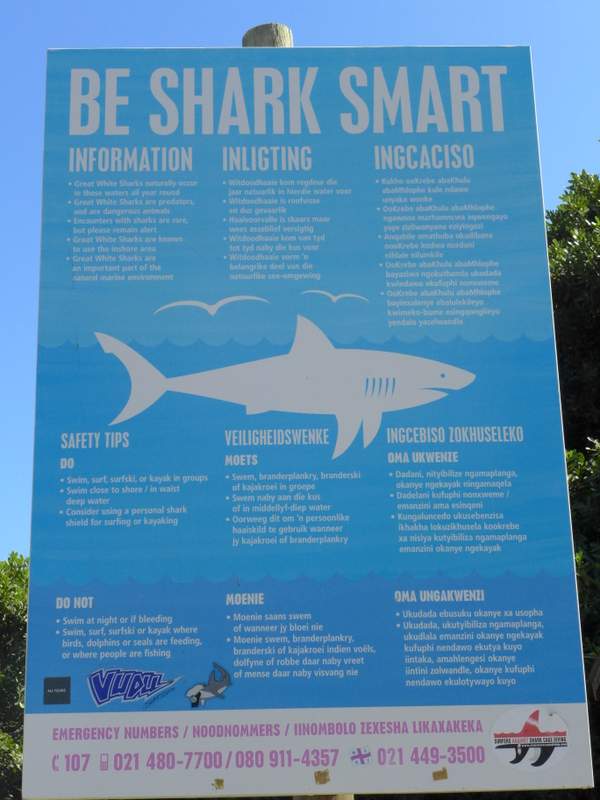 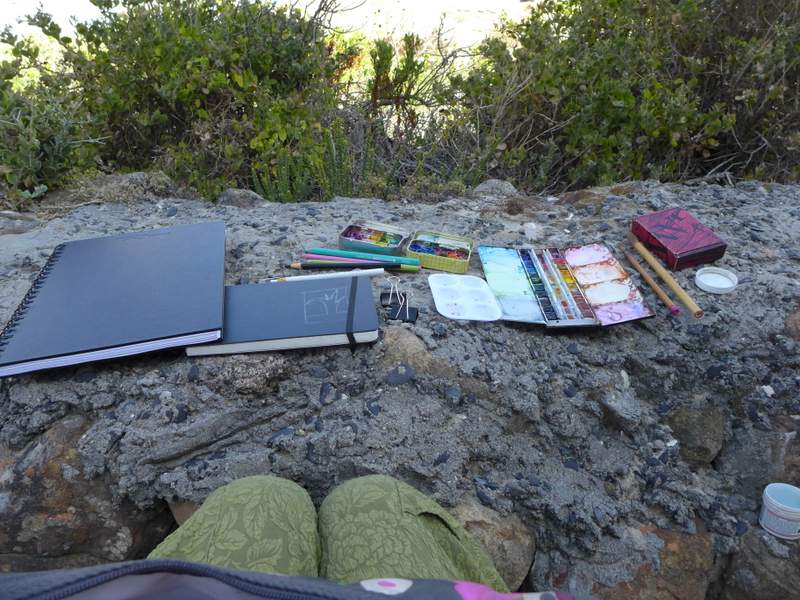 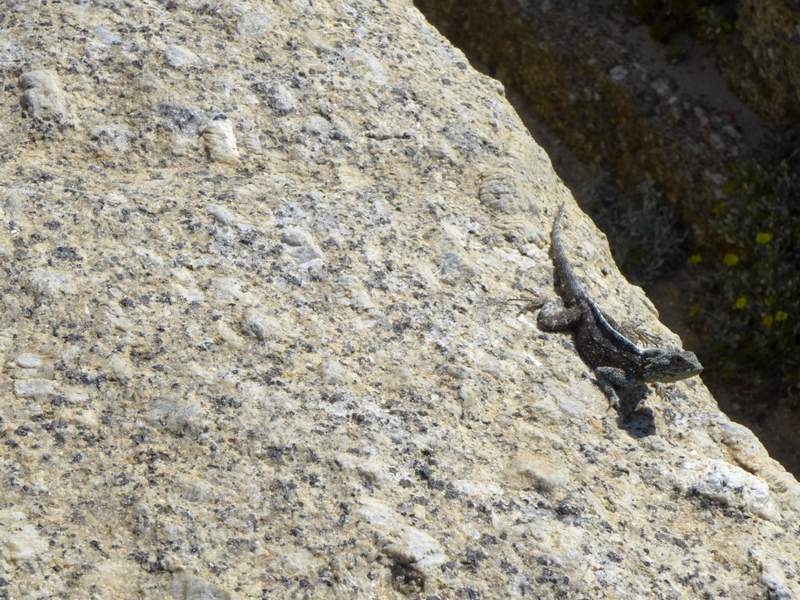 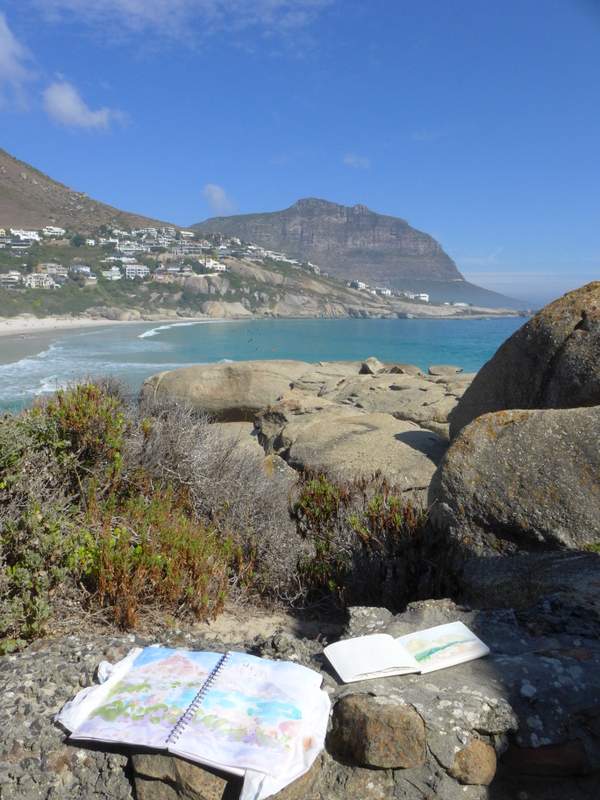 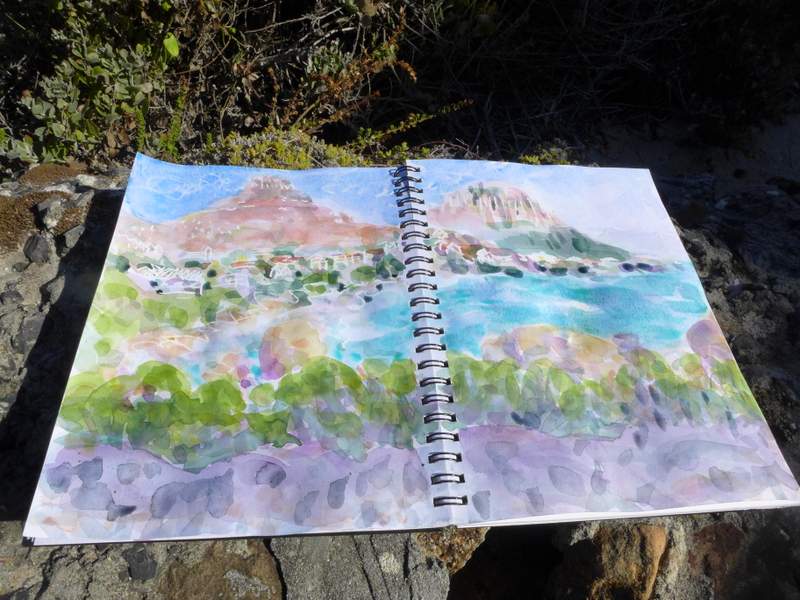 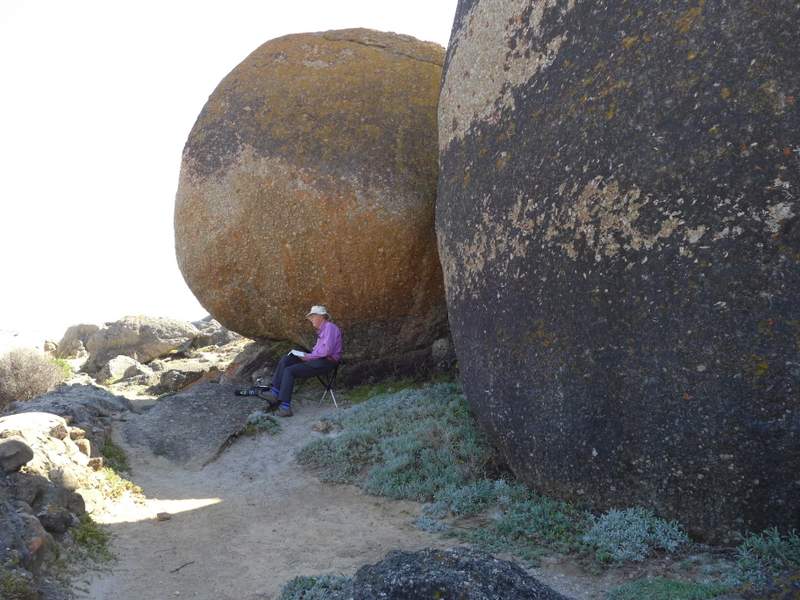 One afternoon we went on a sketching trip to nearby Llandudno surfing beach. The sand is very fine, a nice long beach with a lovely surf. There were about 18 surfers working the waves and enjoying a lovely day. We hiked up to the far end and found some spots underneath some massive rock formations and spent about an hour there capturing the scene in front of us. Small lizards ran across the low brick wall in front of me that I was using as my table for my art supplies and surfers passed us on their way to see some interesting caves. A lovely day. We worked until our area had no more sun left on it and then it was time to quit, the exciting challenges of working in real time and real sunlight as opposed to studio work from photographs.

One night after a nice braii at Dick and Carla’s we headed home in the dark just before 11. There had been scheduled electrical blackouts but they had never quite materialized. We were able to drive home and get ourselves into bed before the power went out, in fact I'm not even sure it ever went out. Driving home in the dark night is a little nerve-racking. You never know who you're going to meet on the road. And dark skinned people in dark clothes with no reflectors walking in the middle of dark roads with no lights is a pretty nerve-racking sight! That's how you have to walk on dark roads in dark countries with only ambient or moonlight to guide you, something I'd forgotten from my time in the Caribbean but we need to keep in mind here. With all the electric and barbed wired fences everywhere and the armed security guards driving around in cars I have to admit I'm a little nervous and edgy about who we might meet the dark roads. 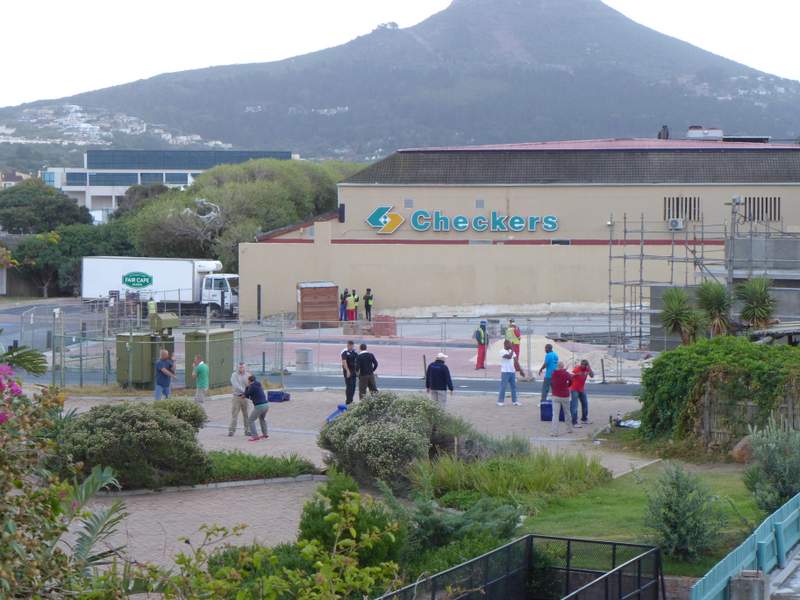 Several mornings when I woke early up and looked out the back window, I’ve been able to observe a small group about 15 men working with a leader to practice some kind of martial arts or self-defense. They've been there every day, seem to meet there before their workday. They practice sparring with each other, ducking punches and rolling to the ground just on their dirt or concrete slab. It turns out those men practicing each morning are training to be mercenaries, all very hush hush. I remember that now from last time. There’s a big training center here. Some forces like these perhaps recently were able to turn the tide on Nigeria's Boko Haram. Read full story here although I am not sure there's any connection to the fellows I observed.