Make your own watercolor travel tin from mints tin

This Spring we took a 2 week painting trip to Mexico with a few other artists. Challenged to paint in plein air, I started to think about how to make my travel watercolor box even lighter and smaller than my very nice but much heavier Winsor & Newton box. I looked at a few videos and then started to make my own. My goal was to make something very small and light with a minimum of colors so that I could really pop it and a tiny sketchbook into my pocket almost all the time, being much smaller and lighter. 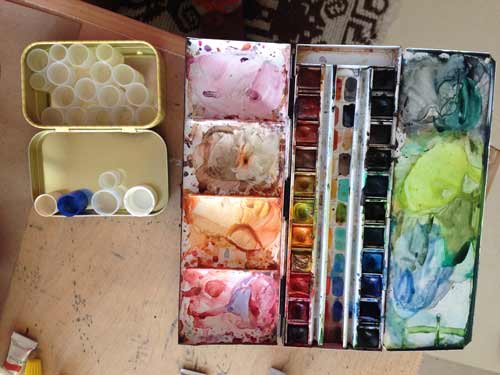 Here's my good old W&N box compared to my new one being made in a little tin the same size as an Altoids tin. 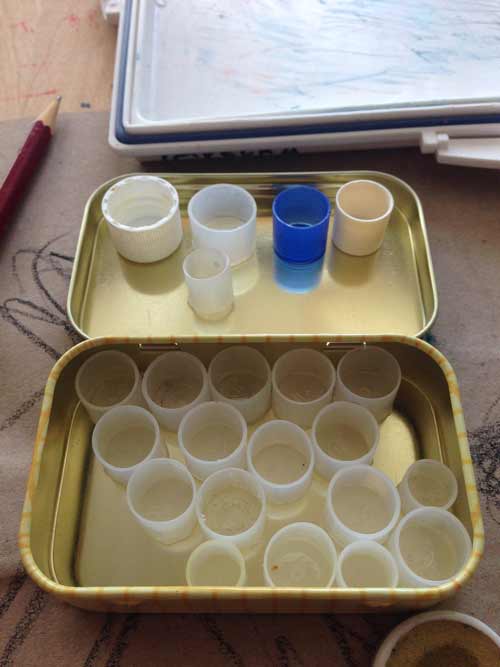 I went to my local fasteners shop, showed them a lip balm cap sitting in the tin and asked them if they had anything that would do a similar job. They rustled through a box of some kind of end bits and gave me all the small ones that no one else wanted anyway. Each of the caps had sort of wider feet which I cut off with small scissors just like trimming fingernails. Above you see a bigger opaque white cap from a tiny shampoo bottle, two of the fastener cup ends and the a blue and a beige cap from lip balm tubes. Any thing that is small and closed works well so look around your environment and you might find something to use. Old eyeshadow containers work well, too! 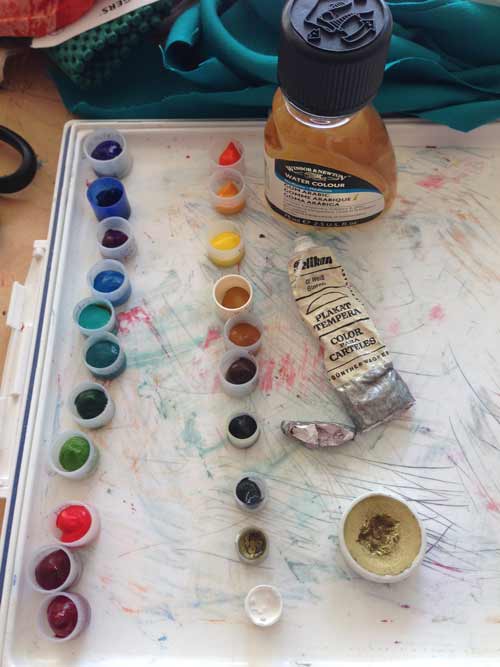 After I determined how many containers would fit inside my tin, I chose my watercolors and filled the little cups as much as I wanted to, adding some gum arabic to some colors like this white gouache which had hardened in the tube. 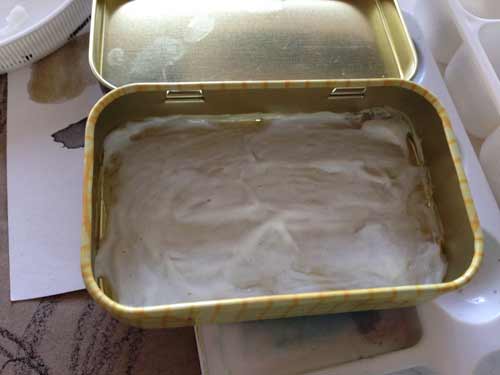 Next step was slathering in acrylic gel medium into the floor of the tin to glue the cups down with. 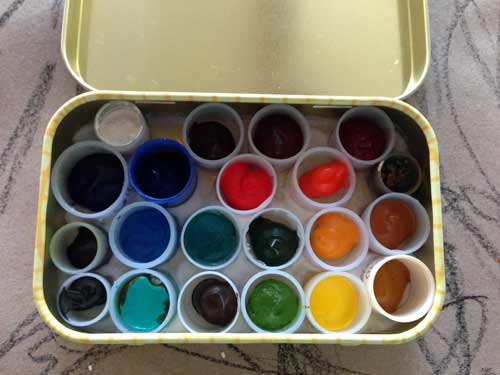 I had already planned the arrangement of the colors so I just placed them in the box in the wet acrylic gel medium and pressed them down. 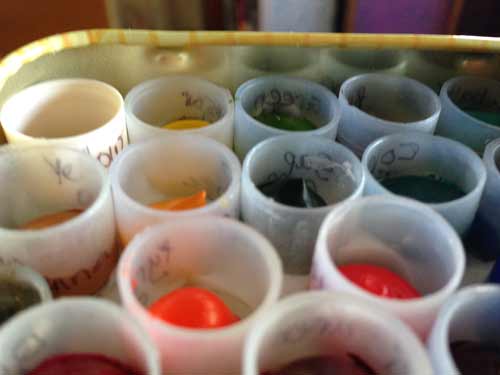 I wrote the name of the color on the side of the little pots before putting them in the tin just in case that info might be useful later. 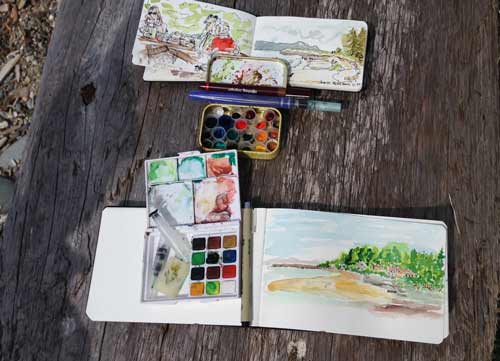 Here's the little tin's first outing, shown with a waterbrush and my Moleskin watercolor landscape 5 x 8 sketchbook. My husband's little book and his very nice Koi watercolor set and his folding waterbrush works well too but I have 21 colors of my choice to his 12 set colors. A nice walk on Roberts Creek beach was our first outing with this set and I was thrilled with how it worked. So thrilled I immediately set out to make an even smaller tin... which will be the next post.