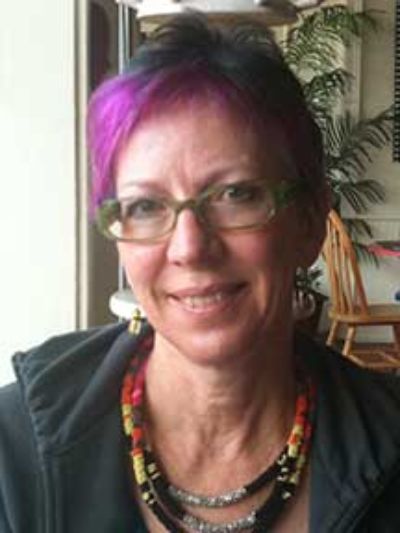 Recently I was at Vancouver’s Park Royal Mall and had stopped at a vendor’s cart to buy some Hot Pink Manic Panic hair color. I was standing right beside the clerk paying and Ben, my 23 year old son was also standing just beside me when someone bumped into me from behind and unmistakably, gave my ass a little double squeeze. I turned around, expecting to see a good friend pulling a prank but instead cam practically face to face with a 50-ish well dressed man saying “Oh, sorry” and backing away politely in a very innocent manner.

Well, I have to admit, it’s been a while since I’ve had my ass grabbed but there was no mistake about it. As he sort of drifted slowly away still facing me, I came out very strongly with “Oh, really?” in a sarcastic tone and then strong enough to carry the 12 feet or so between us, “DID YOU JUST GRAB MY ASS?” to the grabber and then loudly to the clerk and my son who had jumped at my accusations “THAT MAN JUST GRABBED MY ASS”. The grabber just held his innocent straight face and walked off with his pals without acknowledging my comment.

Now that I am a woman of a certain age as they say, I have to admit there is a tiny speck of flattery in having my buns checked but I have to tell you, it’s about 1% flattery and 80% complete indignation and 19% what the hell was he thinking? Now wait a minute, maybe thinking and ass grabbing can’t be used in the same sentence. An hour later, I passed the same man outside on the pavement. He was walking towards and past me but there were benches and planters between us. Our eyes locked and I watched him very boldly as he passed because this time he was with his (probable) wife and I’m sure he hoped that I would not hurdle jump the planters and scream my accusations at him with wifey right there. No, I just made sure he knew that I clocked him slowly as he walked past.

Honestly, what was he thinking? I was standing there with turquoise and lilac streaks in my hair, wearing a bold orange silk jacket and bold flowered pants. Did he think I was some kind of shy quiet type that would be too embarrassed to speak up? If so, he was blind as well as ignorant. Come on guys, this is not the way to compliment a woman. He could have said I like your hair color or What a nice colorful cheery outfit but ass grabbing and copping a feel is just not flattery. When I had a $9000 art theft 20 years ago at a solo exhibition in Sechelt, there was talk of it being a form of flattery but really, it’s flattery we can do without.

What is the point of this post? The point is that young girls and women need to practice standing up and saying DID YOU JUST GRAB MY ASS? Because when it happens to you, on a crowded bus or in my case a wide open mall, your brain will already have gone over this line and you will be able to deliver it in a NICE STRONG VOICE. Of course, that might not be the safe and recommended approach in every case but if you feels safe enough to do it, go for it. If I had not read about this suggestion way back when I used to travel the London Tube to Goldsmiths College, I wouldn’t have been able to pull it off today and many of my friends would have most probably not even thought of it in time to deliver it, they would have just been stunned. These ass grabbers need to be exposed and have some attention turned towards them. This kind of behavior is unacceptable in Western countries, something I’m sure this well dressed man knew.

So gals, get together and practice standing up for yourselves and saying strongly IS THAT YOUR HAND ON MY ASS? Now that I’ve told this story a few times and had a laugh about it, I have to factor 7% amusement back into that math equation but it’s still 80% indignation. Boy, if he’d grabbed my friend Lou’s ass, she would have chased him down the mall in a loud voice and made him apologize. Now, that would have been theatre worth watching.
Published on: Sep 1, 2010